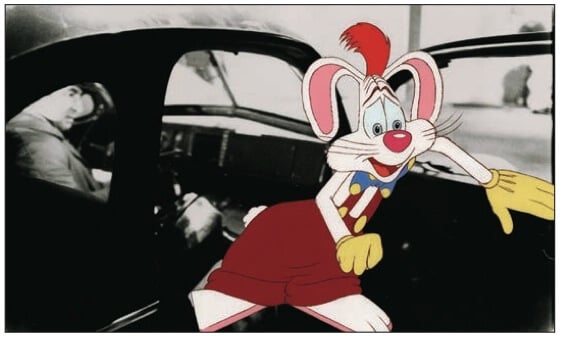 Earlier this week, “Star Wars: The Force Awakens” director J.J. Abrams discussed how he was briefly onboard a project to craft a potential sequel to “Who Framed Roger Rabbit” alongside Steven Spielberg back in 1989.

As reported by NME, Abrams was then an up-and-coming screenwriter who met with Spielberg to hash out ideas for the sequel to the classic 1988 film.

“We were writing an outline [for a sequel], but it honestly went away before it was anything,” Abrams added. “This was a long time ago. [Robert] Zemeckis probably would’ve been a producer on it. This was 1989.”

Abrams made the comments as a guest on the Nerdist podcast last week, where he was promoting his latest Bad Robot project “10 Cloverfield Lane”.

“Roger Rabbit” director Robert Zemeckis has been wanting to make a sequel to his movie for several years and revealed back in 2012 that he had a complete script ready to go.

“I have a script at Disney, and we’re just waiting for all the executive changes to settle down there.”

Related: “The Chronicles of Prydain” book series to be a feature length movie by Disney

It’s interesting that with so many reboots, sequels, and remakes in development that a sequel to such a popular movie would not be able to get off the ground, although a proper follow-up would require not only a sizable budget but many clearances from other studios to incorporate such a variety of cartoon characters. Bob Hoskins, the star of the original, retired from acting in 2012 and sadly passed away in 2014.

What do you think? Should there still be a sequel or has its time passed? Sound off in the comments below!