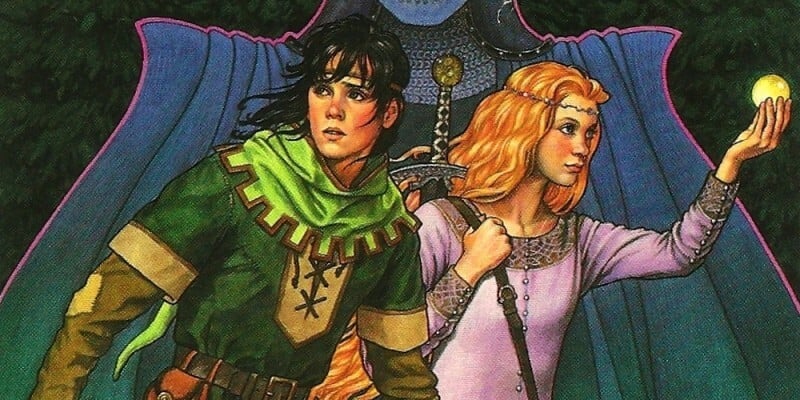 Well this came out of nowhere!

Variety reports that Disney has acquired movie rights to the fantasy series The Chronicles of Prydain and is in early development on the project.

For those not in-the-know, the series is a pentalogy of children’s high fantasy Bildungsroman novels by Lloyd Alexander. Henry Holt published one annually from 1964 to 1968; the second earned a 1966 Newbery Honor and the last won the 1969 Newbery Medal.

The five novels follow the protagonist Taran from youth to maturity, most overtly in the fourth book, Taran Wanderer. Taran has the title “Assistant Pig-Keeper” at Caer Dallben but initially dreams of being a grand hero — you know how these stories go. His faithful companions in his epic adventure are Princess Eilonwy, a girl his age; Fflewddur Fflam, a wandering bard and minor king; Gurgi, a wild hominid between animal and man; and Doli, a dwarf.

Sounds like this series has the “hero cycle” in full-effect! The film is early in development and Sam Dickerman is the Disney executive on the project. A director and writer have not been set.

Oh, and fun fact: The first two books in the series served as the basis for Disney’s 1985 animated fantasy movie “The Black Cauldron,” in which an evil Horned King hunted down an ancient magical cauldron in order to conquer the world. So it’s not necessarily uncharted territory for Disney, but it looks like this project is aiming for more “Lord of the Rings” and less “show this to your five year-old.”

What do you think about The Chronicles of Prydain being turned into a film? Let me know what you think in the comments!