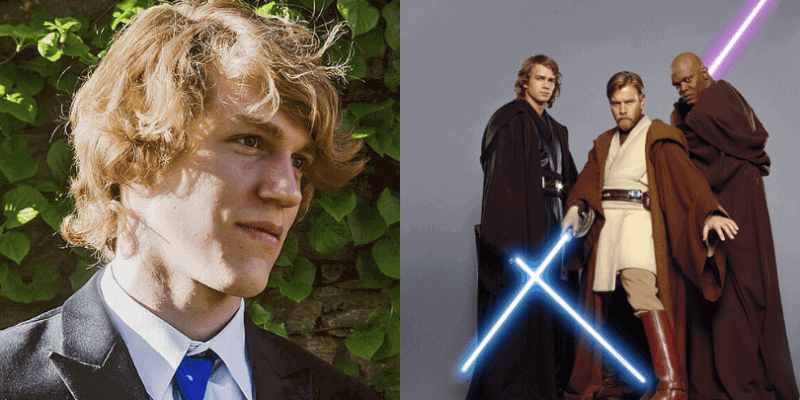 Lucasfilm has gone above and beyond this season in honoring a United States hero. A college student who risked his life in a school shooting has now been made immortal, as Lucasfilm has officially made him a  Star Wars Jedi.

Earlier this year in April, 21-year-old Riley Howell sacrificed his life to save the lives of his fellow students at the University of North Carolina at Charlotte when he charged and tackled a gunman who opened fire in a classroom. Local police officials said that Howell’s actions prevented the hunman from shooting more people. 19-year-old Ellis Parlier was killed in the attack, and four other UNC students were wounded.

Now, Lucasfilm has found the perfect way to honor Howell: by making him a Jedi. Howell was a Star Wars fan, and since Star Wars: The Rise of Skywalker — The Visual Dictionary was published this month, Lucasfilm added Howell to the book. Lucasfilm had first told Howell’s family that they would honor Howell in the book back in May, sharing in a letter, “As a small tribute, our Story Group has incorporated a reimagining of Riley’s name as a character in the Star Wars galaxy. The Force will be with Riley, and all of you, always …”

Local North Carolina newspaper The Charlotte Observer shared that the book, which was just released, named a character after Howell. Riley Howell has now been forever immortalized as “Jedi Master and historian Ri-Lee Howell.” He is credited in the book with collecting “many of the earliest accounts of exploration and codifications of The Force.” You can also read about Howell’s character on the Star Wars wiki here:

Ri-Lee Howell was a Jedi Master and historian of the Jedi Order. Howell collected many accounts of explorations of the Force in the two volumes of the Aionomica, Aionomicum I and Aionomicum II, carefully preserving the original texts.

Ri-Lee Howell was first mentioned in Star Wars: The Rise of Skywalker: The Visual Dictionary, a 2019 reference book written by Pablo Hidalgo that accompanied the film Star Wars: Episode IX The Rise of Skywalker. The character was named after Riley Howell, a University of North Carolina at Charlotte student who lost his life during the UNC Charlotte shooting on April 30, 2019 when he bravely attempted to stop the perpetrator.  Following Riley’s death, Lucasfilm Ltd. sent a letter to the Howell family telling them that the Lucasfilm Story Group had decided to create a character based on Riley as a small tribute, but they couldn’t share the details until The Visual Dictionary was released.

Howell’s girlfriend also posted on social media on Monday to express her gratitude:

As Star Wars fans ourselves, we can’t think of a better way for Lucasfilm to honor this courageous young man, as he truly possessed the bravery of a Jedi Master.  We hope that in the future, Star Wars fans who become heroes will get honored similarly.

What do you think of Lucasfilm’s tribute to the UNC shooting hero? Let us know in the comments.