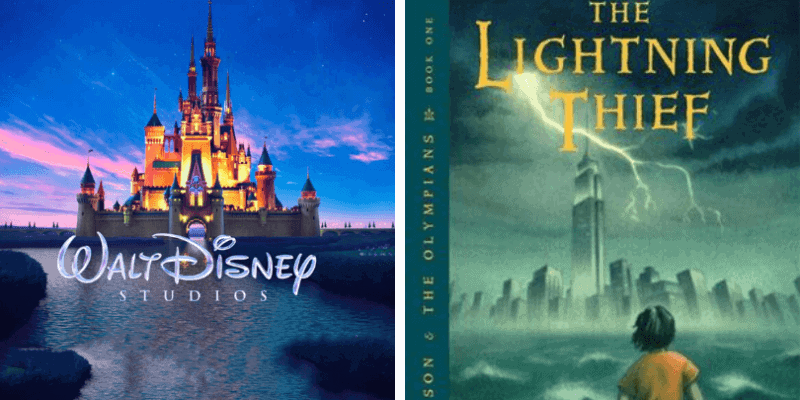 Rick Riordan returned to Boston yesterday, December 16, 2019, after spending the past week in Southern California. The Young Adult Fiction writer made the cross-country trip to talk with Walt Disney Studios about the off-the-page future of his book series Percy Jackson and the Olympians.

Back in Boston. Good productive trip to LA. Now we wait for a response. The folks at Walt Disney Studios in Burbank were very welcoming and heard me out. Not sure about that one guy second from left, though. He seemed awfully, I dunno, Grumpy? ? pic.twitter.com/TsUMrIP3XH

While fans are sure to appreciate the Grumpy joke, most have no room for jokes. These “demigods,” as they call themselves, are on the edge of their seats waiting for more progress on this story. They are praying for their own Disney wish to come true.

From the comments on the last two Percy Jackson articles, Inside the Magic saw a consensus among fans that hoped for an adaptation much closer aligned with the books as compared to the previous two movie attempts. But, debates raged on regarding two questions:

Regardless of these more specific details, every “demigod” seems onboard with the movement #DisneyAdaptPercyJackson. Here are some of the tweets in response to Rick Riordan’s update:

@disneyplus I'm not getting your service until you do this. #disneyadaptpercyjacksonً

It’s Safe to Be Optimistic

While there are no details regarding the meeting, Riordan himself appears optimistic returning from his journey. And it is safe for fans to be excited and optimistic about the possibility of finding a Disney-funded revamp of Percy Jackson. Here’s why:

The Skywalker Saga is coming to a close. Marvels’ Infinity Saga is done. Disniacs are done with remakes of old classics. We need something new. Percy Jackson could be that new franchise. With real dedication from Disney, this mystical series can be a very big deal.

2. Disney is hungry and Riordan is eager.

It’s one thing for a studio to be hungry for a money-making franchise, but it’s another for the creator of that franchise to come willingly. Rick Riordan seems more than willing to give his fans the on-screen world of Percy Jackson and the Olympians as it was meant to be.

Nothing is guaranteed, but looking back at how Disney has capitalized on Marvel, and Star Wars franchises, it seems like a safe bet. Now, all we can do is wait for a response.

What do you think? Are you optimistic, or do you think Disney is going to pass this up? Let us know in the comments!