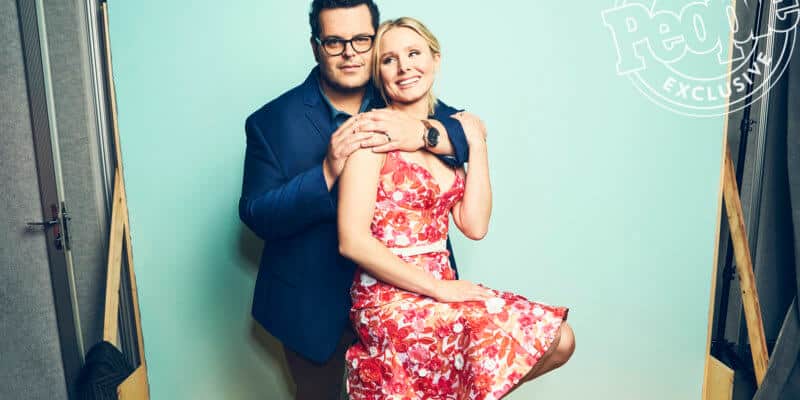 It’s the season of giving, and it is always fun to add a little humor to those gifts. Kristen Bell showed some humor when she gave Frozen 2 co-star, Josh Gad, what he called the “best holiday gift ever.” It was a simple black hat with “Samantha?” written across the front.

It’s a beautiful inside joke that everybody who has seen Frozen 2 gets. In the film, there comes a point where Olaf gets separated in the woods from the rest of his friends. He starts calling out to them one by one. “Anna? Elsa? Sven? Samantha?” At this point, Josh Gad’s little snowman breaks into laughter saying “I don’t even know a Samantha!” But weird things start happening around him and he begins to suspect there might be a Samantha.

The silly scene quickly became one of the most beloved and quoted scenes in the movie.

The best part is that Josh Gad helped his fans continue the joke. And he did so proudly dropping. He’s reportedly dropped “Samantha?” in live versions of the song “In Summer,” and he’s taken to Twitter as well.

Perfect holiday gift. (Whoever did this is a genius) pic.twitter.com/J7k7NcPaad

Oh my god. I finally found her! I FINALLY FOUND HER!!!!

Walt Disney Animation Studios was kind enough to release the “Samantha?” clip on YouTube. You can watch it here.

While we can laugh along with Josh receiving his present, let’s take a moment to think about how simple yet great a gift can be when it has so much meaning behind it. We can only hope that all of our gifts this holiday season have the same level of sentiment behind them.

Since it’s release on November 22, 2019, Frozen 2 has experienced meteoric success. Not even a month into its theatrical run, Disney’s highly-anticipated sequel has already crossed $1 Billion. Frozen 2 is the sixth Disney film in 2019 alone to earn more than $1 Billion at the box office.

What did you think of Frozen 2? Did you think the Samantha bit was as funny as it seems? Have you ever given your friends a gift based on an inside joke? Let us know in the comments!