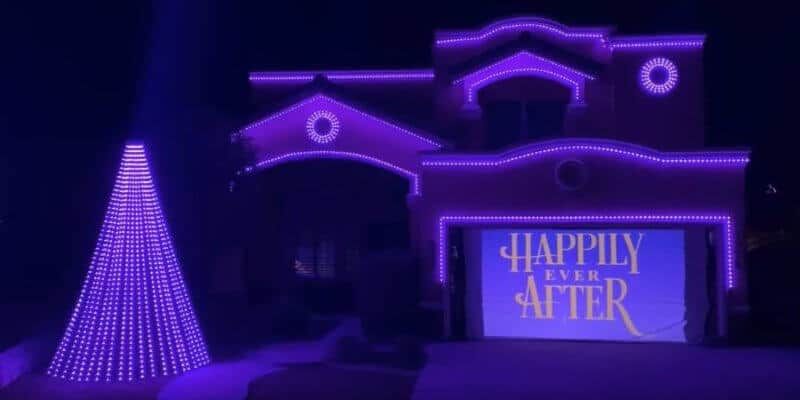 If you’re a Walt Disney World annual passholder, your next visit to the Disney Parks probably isn’t too far away. But if you can only visit once a year or ever few years — or if you’re still planning that once-in-a-lifetime Disney vacation — then getting to see the spectacular fireworks displays at Disney World is a much less frequent luxury for you.

Yes, one option is to book a trip to the Disney Parks as soon as possible so you can see the stunningly beautiful Happily Ever After, which Disney describes as an “astounding 18-minute fireworks extravaganza uses more lights, lasers and special effects than any other fireworks spectacular in the history of Magic Kingdom park, plus a soaring score featuring contemporary versions of beloved Disney songs.”

You can even watch replays of the Happily Ever After fireworks in the comfort of your own home so you can relive the magic of Disney without paying for a theme park ticket.

Or, if you’re a Texas local, you can just drive to El Paso and see a recreation of Happily Ever After that one Disney fan created himself!

Rick Car of El Paso, TX recently shared his 2019 Christmas lights display to Facebook. This year, Car created a light and projection display on his home that mimics Happily Ever After. The display shows film clips of the various Disney movies that the real-life fireworks show pays homage to and is set to the same exact musical soundtrack of Happily Ever After. The light display is also set to the music and the colors change with every song, film, and emotion within the Happily Ever After show.

“Here it is! The 2019 Rae of Light Christmas Light Show titled Happily Ever After! Will run every night from 6pm to 10pm without the projections unless I know you’re coming! And I’m not working obviously lol. First viewing tonight at 7pm.” Car announced in a Facebook post on December 1, the first day of his light show.

Take a look at the video below of the Happily Ever After fireworks spectacular at Magic Kingdom at Walt Disney World:

And now take a look at this Disney fan’s at-home recreation using Christmas lights and projections:

As you can see, the at-home DIY light display themed after the Happily Ever After fireworks show gives that same feeling of warmth, nostalgia, and Disney spirit that the real-life version does. So if you can’t make it to Disney World but you can take a drive to El Paso, this light display is worth the watch in person!

If you want to check out Car’s past light displays, take a look at his Fantasmic! display and “Let It Go” show below!

What’s the best Disney-inspired Christmas light display you’ve ever seen? How do you show your Disney spirit during the holidays? Let us know in the comments!