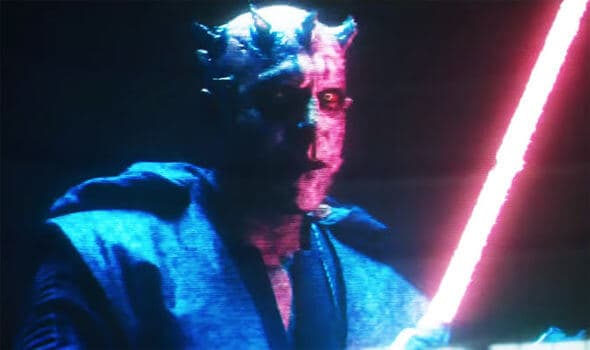 Just yesterday we reported on the rumor that Disney is working on a Darth Maul television show that would explore the backstory of one of the most popular characters in the Star Wars franchise.

Well, now it would seem that Darth Maul won’t be the only character in the show that fans can get excited about…

According to rumors, it would seem that the evil Emperor Palpatine could be joining Maul in the show. If this Darth Maul show does go ahead on Disney+, it wouldn’t be a stretch of the imagination to see Palpatine crop up, given that he was once his master.

The show itself is expected to explore the backstory of Darth Maul so it wouldn’t be a surprise for Lucasfilm to go back to when Maul was in training and show how Palpatine converted him fully to the Dark Side of the force.

If this does happen and Palpatine returns in the Maul series, we can only hope that Ian McDiarmid returns as the Emperor. He was absolutely fantastic returning in The Rise of Skywalker and it’s safe to say that all Star Wars fans are fully behind the actor and his portrayal of the character.

The rumors aren’t entirely clear on how much of Darth Maul’s history the show will explore and whether it will take place in one timeline or across several. We are still holding our hopes high for another Obi-Wan vs. Maul battle. Obi-Wan is, of course, returning via a Disney+ show, a crossover wouldn’t be impossible!

Whatever happens, a Darth Maul show is sure to win over a huge amount of new Disney+ subscribers if it goes ahead.

Would you like to see Emperor Palpatine return in the rumored Darth Maul Disney+ series? Let us know in the comments below!