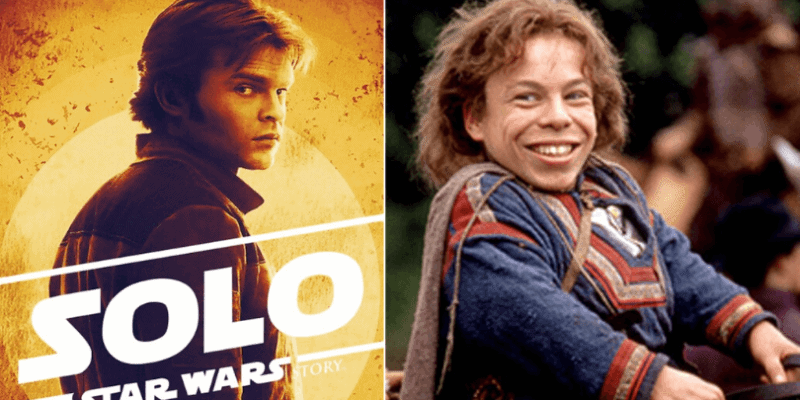 It was rumored before that a Wilow sequel series was in the works, and now we know that’s true. An all-new Willow series is coming soon to Disney+ and the co-writer for  Solo: A Star Wars Story is responsible.

If you’re unfamiliar with Willow, let us catch you up. The 1988 high fantasy film was directed by Ron Howard and was written and produced by none other than George Lucas himself. It starred Warwick Davis, Val Kilmer, Joanne Whalley, Jean Marsh, and Billy Barty, and to say it has a cult following is an understatement.

If you still need more background information, here’s the synopsis:

Enter the world of “Willow.” Journey to the far corners of your imagination, to a land of myth and magic, where dream and reality live side by side … to a place that never existed, a time that never was. It is a world where a young man named Willow lives out an adventure that explodes beyond the boundaries of his own hopes and fears.

So whether or not you’re a fan of the original Willow movie, you’re probably wondering: why would Lucasfilm (and Disney, of course) want to reboot Willow, of all films? Well, it’s because the company is looking for a new direction and more material beyond only Star Wars. Or so says Lucasfilm president Kathleen Kennedy.

A recent report indicates that the team behind Ron Howard’s cult film Willow has been pushing for a continuation of the story, and it looks like it will become a new series on Disney’s new streaming service. Jon Kasdan, co-writer for Solo, has completed a pilot script for the series, the LA Times reported this week.

“I’m very excited at the possibility of being able to do things that expand our portfolio a little bit,” Kennedy said. “You realize there’s so much potential to do some pretty great things and to expand beyond just ‘Star Wars’ is pretty exciting to think about.”

At this time, all we know so far is that the series is related to the Willow film in some capacity, although we’re unsure if it will be a prequel or sequel series. Nothing’s been confirmed other than that there’s a script for the pilot episode already written. But since we’re fans of Lucasfilm and Disney+, we’re interested to see where this goes.

What do you think of Lucasfilm rebooting Willow for Disney+? Do you hope we see a return of characters like General Kael, Sorsha, the Fairy Queen Cherlindrea, Madmartigan, Queen Bavmorda, and the titular character Willow Ufgood? Or do you hope it’s a spinoff series that tells an entirely new, epic fantasy Willow story? Let us know in the comments!