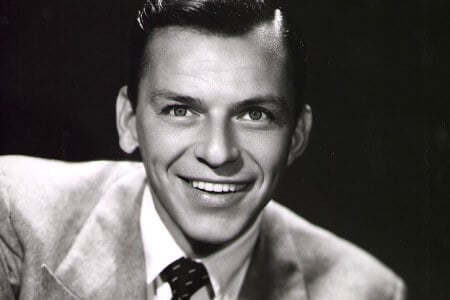 Although the iconic crooner has been gone since the 1990s, his spirit continues to touch the lives of every music-lover. He is as much a staple of American music as Disney. Every music lover has at least one favorite Sinatra song and at least one favorite Disney song close to their hearts. But where do the two come together? We’ve found the answer in two YouTube videos.

So, here is a jazzy Disney-style tribute to Frank Sinatra on his special day.

“Come Fly With Me” – Aladdin’s Version

“Come Fly With Me” is one of those songs people here and automatically think of Sinatra. It is only fitting that our street rat with the magic carpet covers it. A few years back, when Aladdin first appeared on Broadway, the original Broadway Aladdin, Adam Jacobs, sang “Come Fly With Me” but gave it an appropriate twist. For example, the lyric “We’ll just glide/ starry-eyed” is changed to “We’ll just glide/ on a magic carpet ride.” It works, trust me. Jacobs’ Jasmine, Courtney Reed, also jumps in for the dance break.

Check it out for yourself or scroll past to hear the only Frank Sinatra cover of a Disney song we could find!

While Disney may snag covers of Frank Sinatra’s songs, the singer was not known for covering Disney covers. But we found one. Back in the early days of his career, Sinatra was recorded singing the Disney anthem “Zip-a-dee-do-da.” This is the only recording we could find of Frank Sinatra singing a Disney song, and it is a gem. “Zip-a-dee-do-da” was introduced to the world when Walt Disney released Song of the South in 1946 and has stayed with us ever since. Listen for yourself!

But be it jazz, big band, Broadway or Disney, Frank Sinatra could own any song. We all have at least one memory associated with a Frank Sinatra song, and there’s no doubt we all wish he were still here crooning away.

Rest in Peace, Frank. Thank you.

What’s your favorite Frank Sinatra song? Were we wrong about him only covering one Disney song? What song do you want to him sing? Let us know in the comment!