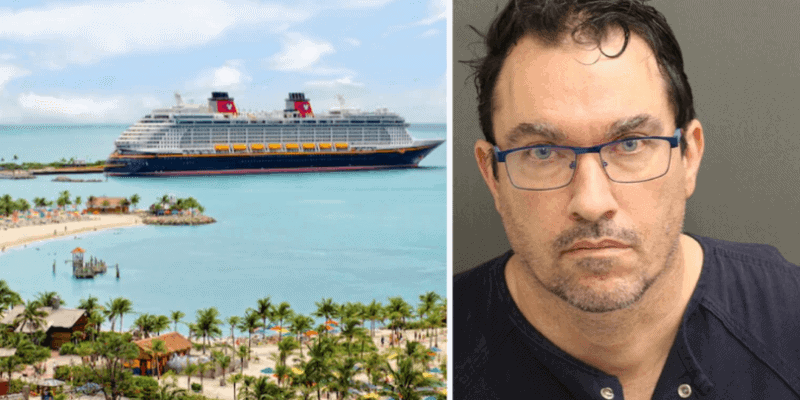 A Disney Cruise Line crew member has been charged with raping a young girl this week, confirmed the Orlando Sentinel and the Associated Press.

Orlando Sentinel reports that the crew member — 53-year-old Keith Seitz — was arrested last week after a 13-year-old girl told her mother that she was raped by Seitz dozens of times at the man’s home. The molestation reportedly began when the girl was 10, and since she was 11 she says she has been raped “over 100 times.”

The child victim told Orange County Sheriff’s officials that Seitz took photos of her while she was naked and kept them on his phone “for when he’s on the cruise ship.”

According to court documents, Seitz is facing two counts of sexual battery on a child under 12, two counts of sexual battery on a physically helpless person, and one count of lewd or lascivious molestation on a victim under 12. The man was taken to the Orange County Jail where he remains without bond, and he was ordered to have no contact with the victim or any child under the age of 18.

Seitz is currently a Disney Cruise Line crew member who works for Disney Vacation Club, The Walt Disney Company’s version of a timeshare program. At the time of this article’s publication, it is unclear which of the four Disney cruise ships Seitz was most recently working on at the time of his arrest. However, in an interview last week with the Orange County Sheriff’s Office, the victim’s mother says that Seitz was at sea on a cruise ship scheduled to dock in Miami the next day.

As of this week, Cynthia Martinez, director of communications and public affairs for Disney Signature Experiences, including Disney Cruise Line and Disney Vacation Club, has stated that Seitz has been placed on unpaid leave pending the outcome of his charges.

Keep in mind that if you ever have any issues with a Disney Cast Member at the Disney Parks, a crew member aboard Disney Cruise Line, or any other employee of The Walt Disney Company, you are encouraged to speak up and get help. Disney has policies against actions like this, and by the looks of it, they are taking this case involving Seitz very seriously.

This is a developing story, and we will update Inside the Magic as more information becomes available.