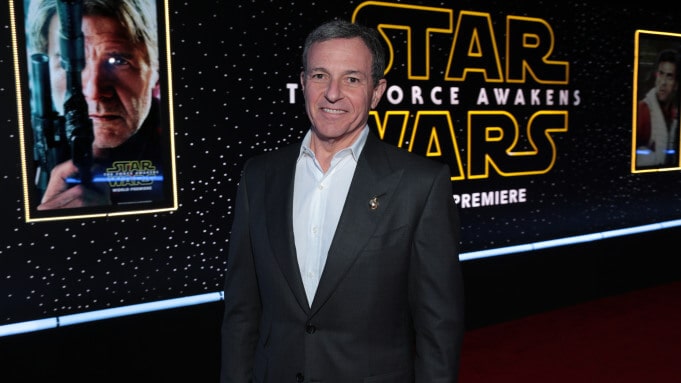 Not too long ago, The Walt Disney Company CEO, Bob Iger, released a statement regarding how Disney is “just getting started” with the Star Wars franchise.

“It’s been an incredibly fulfilling and a very exciting journey, but actually, I think, in many respects, we’re just getting started,” Iger said about The Star Wars Show. “We’ve accomplished a lot — obviously with the saga films, the Skywalker Saga — and the opening of Galaxy’s Edge here in California and in Florida, and of course, a few other films along the way and TV series. But it feels like we’re just starting to mine the full potential of what Star Wars is and what Star Wars can be.”

And now, we have a bit more information to get excited about. Iger said that the television side of things will serve as a big component of the future for Star Wars. With the highly popular The Mandalorian, which is the first live-action series based on Star Wars, Disney+ will most likely be home to a lot of what the future holds for the franchise.

Bob Iger recently said that Disney+ is part of the company’s plans to be “agnostic” with its platforms, allowing Disney to convert films into television series. (Just like it will with the Rogue One: A Star Wars Story spinoff.) But this could also mean there is potential for television shows to become movies!

The fact that the Star Wars galaxy is so big, with a wide variety of characters, the future for the franchise is pretty much endless and it wouldn’t be too far off for something like The Mandalorian or other Disney+ shows to turn into films.

“I love the ability to really be agnostic in terms of what platform it’s being made for,” Iger said. “And so it could be, down the road, that a TV show becomes a movie and a movie becomes a TV series. I’m not making any announcements here or not, but I think it’s important for us to be agnostic.”

And now that the ninth and final episode of the current Skywalker Saga has officially been released, Iger was asked what’s next for the franchise.

“The beauty of all this is that we’ll continue to tell stories between now and whenever the next film is, and while we’re doing that, we will work to find what makes the most sense to be released as a big screen experience,” Iger responded. “And there are a number of choices, there are a number of discussions, there are a number of very talented people, and that to me is very exciting. In the meantime, fans of Star Wars are being well-served, I believe, with The Mandalorian and with what’s to come with the prequel to Rogue One and with Obi-Wan and with Clone Wars.”

Would you want to see Star Wars series, like The Mandalorian, turned into movies? Let us know in the comments.