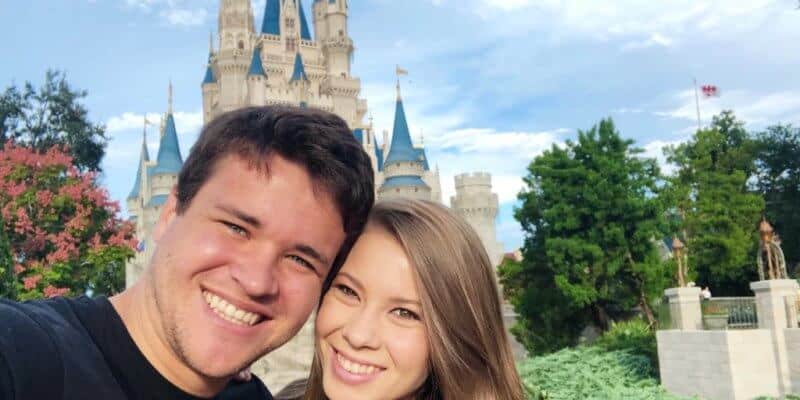 Irwin and Powell just capped off a three-week trip to Florida visiting Powell’s family. Of course, you can’t spend that much time in Florida without spending at least one day at Walt Disney World, right?

We had a magical three weeks in Florida spending time with Chandler’s family. I loved being part of their Thanksgiving, Christmas and Disney celebrations. They have welcomed me into their lives over the last six years and I feel incredibly grateful. pic.twitter.com/J0HMVh12hw

The couple didn’t share much about their Disney day beyond their castle selfie at the Magic Kingdom. But there is no doubt it was a magical one. (Let’s be honest, though, it would be a huge disappointment if these two did not ride Jungle Cruise at least once.) In 2016, Irwin was also spotted visiting Walt Disney World while on vacation to the United States visiting the family of Chandler Powell, her boyfriend at the time.

Powell, an American expat living in Australia, met Bindi back in 2003 while visiting for a Wakeboarding competition. He visited the Australia Zoo the same day Bindi was giving tours. Powell claims it was love at first sight. Years ago, Bindi’s parents Steve and Terri met the same way. Terri was visiting from the U.S., and when the late Crocodile Hunter spotted her in the crowd, he also said it was love at first sight. Irwin and Powell planned to get married in the coming year.

Bindi co-stars with her mother and her brother, Robert, on the Animal Planet show Crikey! It’s the Irwins!

During his visit for Rise of the Resistance, Stamos helped a man propose to his girlfriend in front of Cinderella’s Castle. He also celebrated his honeymoon at Walt Disney World earlier this year with his new wife, Caitlin McHugh.

Are you planning a trip to Walt Disney World next year? The experts at Academy Travel are standing by to make this Disney Vacation your most magical yet!

Have you ever spotted a celebrity at one of the Disney Parks? Tell us about it in the comments!