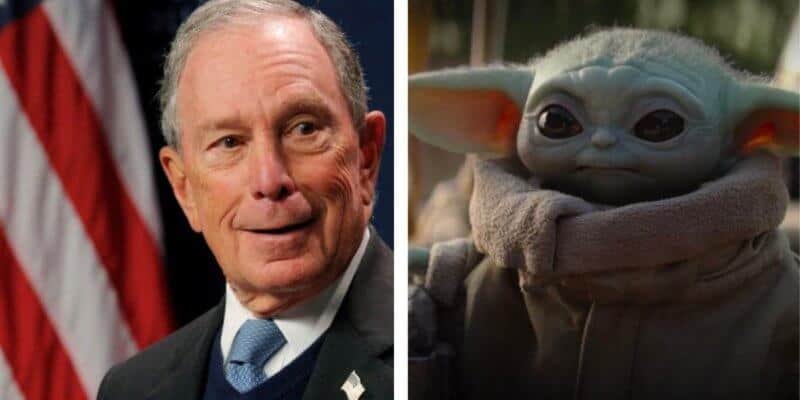 It’s really no surprise that “Baby Yoda” is, in fact, breaking the Internet.

It’s been nearly a month since “Baby Yoda” made his debut in Star Wars: The Mandalorian on Disney’s new streaming service, Disney+, and people just can’t get enough.

According to a new report from Axios, “Baby Yoda” is even making a bigger impression on social media than some of the Democratic presidential candidates.

What is interesting is the fact that the data above only shows interactions with news stories. This means that it doesn’t take into consideration any of the Baby Yoda memes, GIFs, or other social media content. Because of this, “Baby Yoda’s” reach is probably far wider.

Axios also stated that “in terms of raw interactions since November 12th, Baby Yoda’s 2.28 million trails only the Democratic race’s group of frontrunners — Joe Biden (8 million), Bernie Sanders (2.9 million), and Elizabeth Warren (2.53 million). But the rate of interactions is massive when you consider that Baby Yoda would only rank 10th in terms of the number of articles (1,368) written about it.”

Another factor from the data shown above, according to Axios, is that “both Bloomberg and Patrick staked their runs on the idea that voters would hungrily embrace a fresh face to shake up the 2020 race — but compared to Baby Yoda, they’re not exactly capturing the public’s imagination.”

Overall, “Baby Yoda” is impacting the entire nation and, at this point, is a bigger conversation starter than any of the Democratic Presidential Candidates.

In case you haven’t heard of the latest Internet sensation, “Baby Yoda” is from the Disney+ Original Series, Star Wars: The Mandalorian and is everyone’s new favorite character.

New episodes of Star Wars: The Mandalorian debut on Disney+ on Fridays.

Are you surprised to see “Baby Yoda” trending nearly twice as much as any Democratic Presidential Candidate? Let us know in the comments.