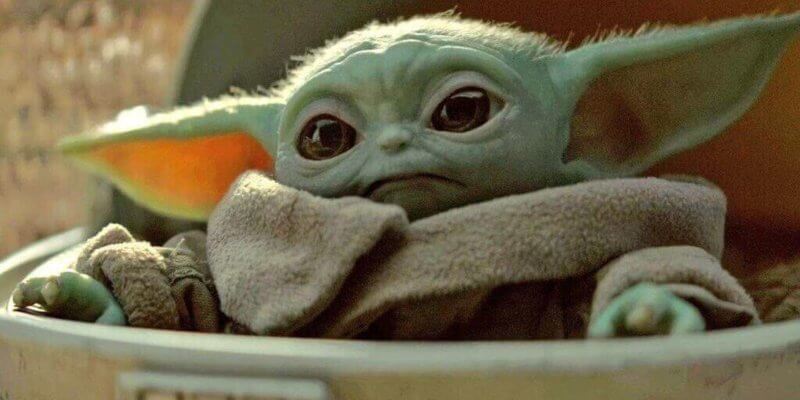 Updated 11/25/19: GIF generator, GIPHY, released a statement regarding the deleted GIFs from its site. GIPHY took full responsibility and apologized for the incident. Disney had absolutely no involvement.
See Below:

We’re now three chapters into The Mandalorian, and the Internet has fallen in love with a character they have named “Baby Yoda.” One way the Internet shows its affection–or simply its obsession–with someone or something is by turning it into memes and GIFs and all other kinds of simple digital entertainment.

This is the way, and almost everyone generally accepts it. But when word broke on the Twittersphere late last week that several Baby Yoda GIFs were deleted off of the generator site, GIPHY, the internet went berserk. It was GIPHY who took down the GIFs, but fingers immediately, and wrongly pointed to Disney, falsely labeling them as the puppetmasters behind it.

The incident of the deleted GIFs was reported to the Twittersphere by Vulture staff writer Kathryn VanArendonk. While reviewing the culture site, on Thursday, Nov. 21, she discovered all of the GIFs the publication created were removed.

This same whistleblower claimed that The Disney Co. was the culprit using copyright law as their excuse to retain as much control as possible over everything cute and adorable. Like an owner that won’t let you pet their adorable new puppy.

meanwhile this is LITERALLY the example in this forbes piece about gifs and copyright law https://t.co/QYHxnyyuJV pic.twitter.com/x5aVBsc0iS

Now, while we can debate the validity of this argument until the nerf herders come home, there’s no need. Because this was not the case at all. The Walt Disney Company had absolutely nothing to do with it. Instead, it was an action caused by confusion within GIPHY itself. In a statement released earlier today, a GIPHY spokesperson issued the following statement to ITM and other publications covering the story:

“Last week, there was some confusion around certain content uploaded to GIPHY and we temporarily removed these GIFs while we reviewed the situation,” GIPHY’s spokesperson stated. “We apologize to both Disney and Vulture for any inconvenience, and we are happy to report that the GIFs are once again live on GIPHY.”

So, once again, we see the Twittersphere erupting in a finger-pointing panic over nothing but a simple mistake.

Upon first hearing the news, internet trolls snidely stepped up in defense of GIPHY and Disney, replying appropriately but kindly to Ms. VanArendonk outbursts:

Also, I just checked GIPHY for Baby Yoda GIFs personally. Yes, they are still available; yes, they were available when this article was first published on November 23; and yes, he is still the cutest little creature in the galaxy. LOOK AT THAT FACE!

Reminder: You can watch the latest chapter of Baby Yoda’s adventures in Star Wars The Mandalorian. “Chapter 3,” which was released Friday, November 22.

Were you concerned at all when the Baby Yoda GIFs disappeared? What has been your favorite Baby Yoda meme/GIF? Let us know in the comments.