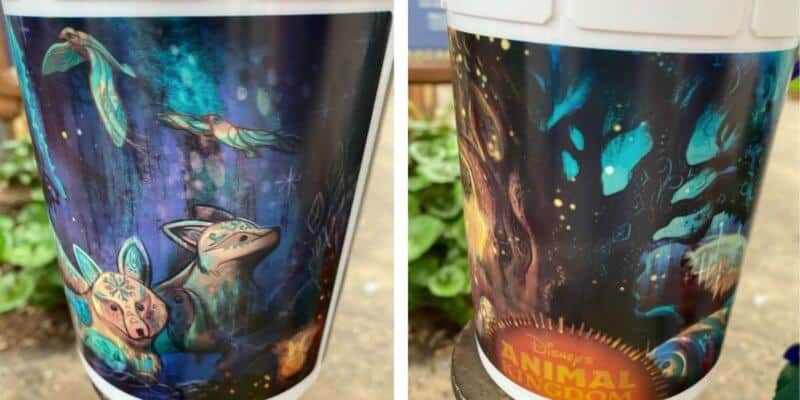 Walt Disney World has been celebrating the holiday season for quite some time now, but one of the theme parks that stands out this year is Disney’s Animal Kingdom.

Specifically, Discovery Island is hosting life-sized animal puppets throughout the day and as the sun sets, the Tree of Life will come to life as it shows off a glistening new look. As the Tree of Life awakens, it will show a series of wintry tales along with a beautiful holiday musical score.

The Merry Menagerie artisan puppets have been a hit with Disney guests ever since they made their debut, as they are unique and nothing like we have seen or experienced before.

And now, since these Merry Menagerie artisan puppets have been so popular, Disney’s Animal Kingdom has decided to debut a brand new Merry Menagerie popcorn bucket and mug set, which is now available at snack carts located throughout the theme park.

If you want to visit Walt Disney World this holiday season and experience the Disney magic as well as see all of the holiday decorations Disney’s Animal Kingdom has to offer, but aren’t sure where to begin planning, then don’t hesitate to reach out to our friends at Academy Travel. Click here for a free, no-obligation vacation quote from the Authorized Disney Vacation Planners at Academy Travel!

How cute is this new Merry Menagerie popcorn bucket and mug set?