Fans and critics agree that Disney+ struck gold with its latest Star Wars production. Now, the Mandalorian materializes in LEGO-style for a trailer remake.

In addition to the LEGO Mandalorian makeover, scene-stealing, and fledgling Force wielder, “Baby Yoda” already has a LEGO doppelganger. While not an official LEGO kit, the 50-year-old green toddler inspired its own DIY brick build. 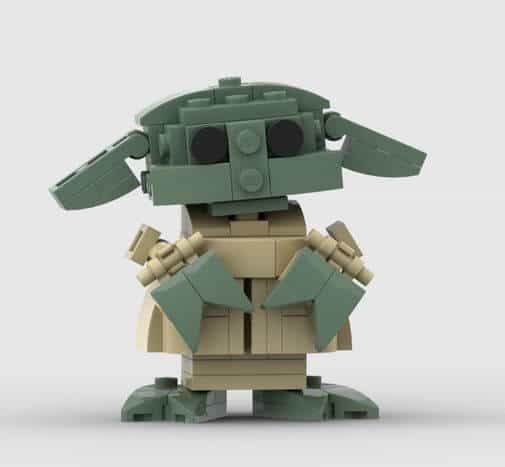 It has barely been a month, but Disney’s investment in a new Star Wars series struck gold. Mando and company appear to have revitalized the iconic space saga. Well written and perfectly paced episodes have fans excited for each new Friday installment. There’s even talk of a Mandalorian motion picture. This space-based Western wonder even inspired a pair of LEGO creations. 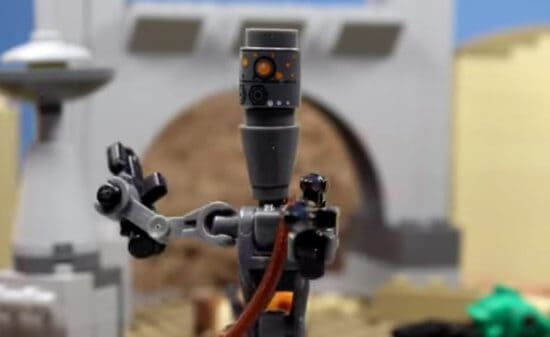 Stop motion animation enthusiast Jeremy, aka Joebor 1777, cleverly crafted a toy clone of the Disney+ teaser. This animated film was released for his YouTube channel on November 23rd. Each moment of “The Mandalorian” series trailer is matched shot for shot in LEGO glory. This trailer redux is not the first LEGO creation for comic and movie fan. Several other brick-bound shorts also reside on his video channel.

This fan-made LEGO video, “The Mandalorian,” caught the eye of one of the show’s stars. Pedro Pascal, who plays the lead character, was completely wowed by the video: 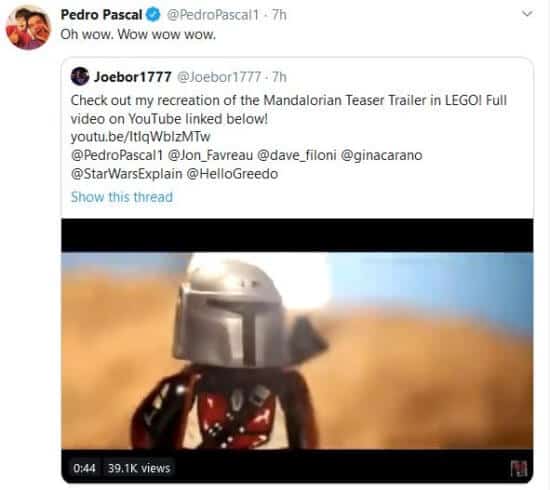 The uber adorable surprise co-star of the series didn’t make it into the original trailer for “The Mandalorian.” There’s not an official LEGO set, yet. However, the tiny doe-eyed, hero already has its own LEGO version. Complete with parts list and downloadable directions, MOC – Baby Yoda appears thanks to the creative talents of designer Miro. The California creator has several other MOC (DIY) surprises on his Re-brick-able page (including an Imperial shuttle, C-3P0 and Tiny AT-AT). 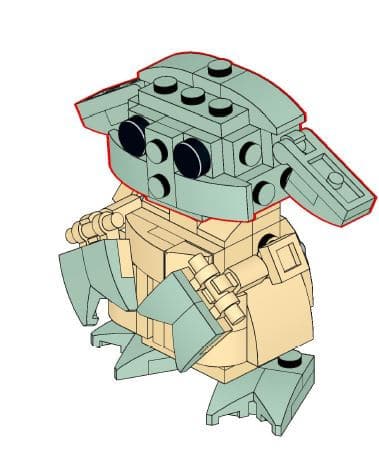 This build your own Yoda-like creature (we’re still waiting on Lucasfilm to reveal the species name) requires 99 parts. Standing at 2 ¾ inches tall, this tiny toy touts moveable arms and ears. Download a full parts list and building instructions from Miro’s page of projects (scroll down to the bottom). 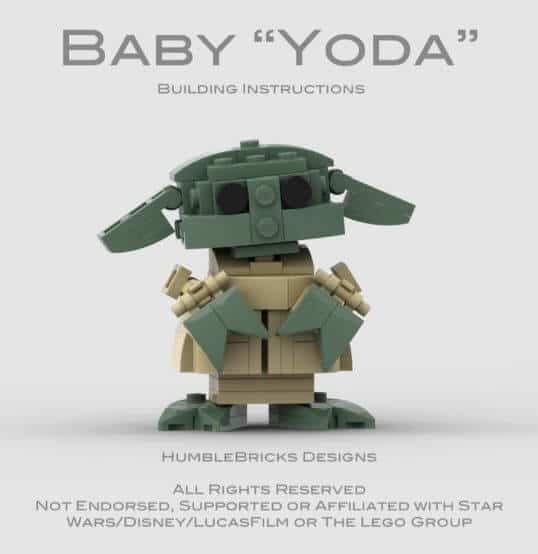 As merchandise from this hit Star Wars series slowly slides into retail shelves and websites, fans yearn for more. Hopefully, LEGO will soon create an official building set for Mando, bounty hunter IG-11 and other characters from the TV series.

“The Mandalorian” takes place between the fall of the Empire (original trilogy) and the rise of the First Order. New episodes arrive every Friday (eight in total). This TV series airs exclusively on the Disney+ streaming service.