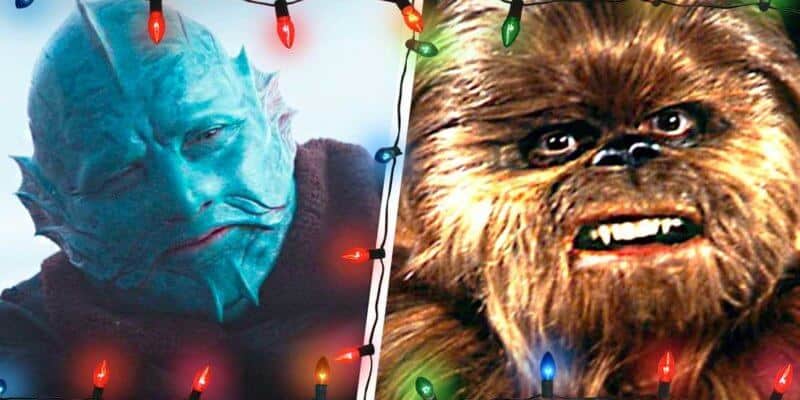 Jon Favreau is enjoying an exciting run of success right now as Star Wars fans have welcomed The Mandalorian into the Star Wars family with open arms.

Favreau wrote the brand-new Star Wars-inspired series exclusively for Disney+, the also successful new streaming service the House of Mouse just launched last week. The Mandalorian has been so well-received by fans of the galaxy far, far away that it is considered part of the Star Wars canon, and it has also been thrown on the pile of other canons from Star Wars to be a part of a new Star Wars Holiday Special, should that project come to fruition.

“Oh I would definitely be interested in doing a holiday special,” Favreau said in an interview. He even says he knows who he would want to star in it, but he’s not saying just yet. “One of the people is the member of the cast in an upcoming episode of the show. So we’ll leave it at that for now.”

The creator of The Mandalorian says he’s already got the ideas ready for a Holiday Special. “I’ve been thinking about it. I think it could be really fun. It’s ready; the ideas are ready,” Favreau said about a possible new take on the Star Wars special.

The original Star Wars Holiday Special aired on the CBS network in 1978, just a year after Star Wars: A New Hope hit the box office. It featured many of the actors and characters from the space fantasy film by George Lucas and introduced a few new characters as well, such as one of the first Mandalorians we were ever introduced to–Boba Fett–as well as Chewbacca’s family and others. It was never made available for purchased, but a few pirated copies of the special circulated around the galaxy.

It was a production that Star Wars fans either loved or hated. There wasn’t much middle ground when it came to the holiday show.

Fans like Jon Favreau absolutely loved the special. Favreau even references it in the first episode of The Mandalorian, when the alien named Mythrol (with the blue skin) says he needs to use the restroom, goes down below in the Mandalorian’s ship and sees bodies in Carbonite. Mythrol mentions something about missing “Life Day,” which is what the 1978 Star Wars Holiday Special was centered around.

According to the special, Life Day is a Wookiee holiday that is celebrated on the planet Kashyyyk. The celebration involves feasts and journeys to the Tree of Life. Now, it’s official Star Wars canon.

Will Jon Favreau get the green light to begin production on a Star Wars Holiday Special for a new millennium and a new generation of Star Wars fanatics? We’ll let you know as soon as we know. For now, fans have weekly episodes of The Mandalorian and the soon-to-be-released Star Wars Episode IX: The Rise of Skywalker to look forward to–and so far, no one’s complaining about either!

Catch the latest episode of The Mandalorian every Friday when it drops onto the Disney+ streaming service.