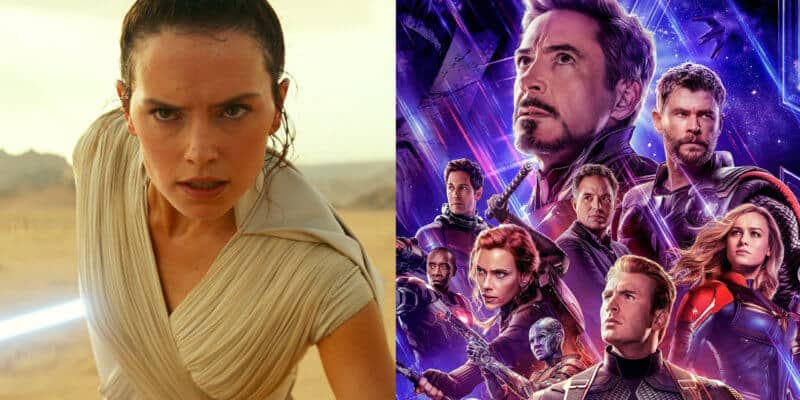 A report from the Observer reveals that “The Rise of Skywalker” sold a colossal 45 percent more tickets in the first hour on Atom Tickets than the Avengers epic from earlier this year. If this is any indication of what the rest of the film’s premiere in theaters will look like, the movie may have a chance of toppling over “Avengers: Endgame” at the worldwide box office.

Additionally, it’s been revealed that the top five best-selling movies in the first hour of availability on Atom Tickets now go in order of “Star Wars: The Rise of Skywalker” in first place, followed by “Avengers: Endgame”, “Avengers: Infinity War”, “Star Wars: The Last Jedi,” and “Rogue One: A Star Wars Story.”

As we all know, “Avengers: Endgame” set some pretty big milestones upon its release in April. Some including being the highest-grossing opening weekend and the fastest cumulative grosses through $650 million. The film also set several single-day records and has had thew idlest opening and release to date.

The Rise of Skywalker may be a few months out from premiering in movie theaters. However, in addition to the opening of ticket sales to the new film to the public, Lucasfilm also premiered the film’s final trailer during the halftime of the NFL football game last night, which gives us another sneak preview of the epic finale movie.

If you haven’t already seen the trailer for the finale to the epic saga, be sure to watch it below.

You can see “Star Wars: The Rise of Skywalker” when it premieres in theaters on December 20.

What are your thoughts on “Star Wars: The Rise of Skywalker” coming out of the gate in pre-sales already breaking records set by “Avengers: Endgame”? Do you think it has a chance to be the next highest grossing film of all time? Let us know in the comments!