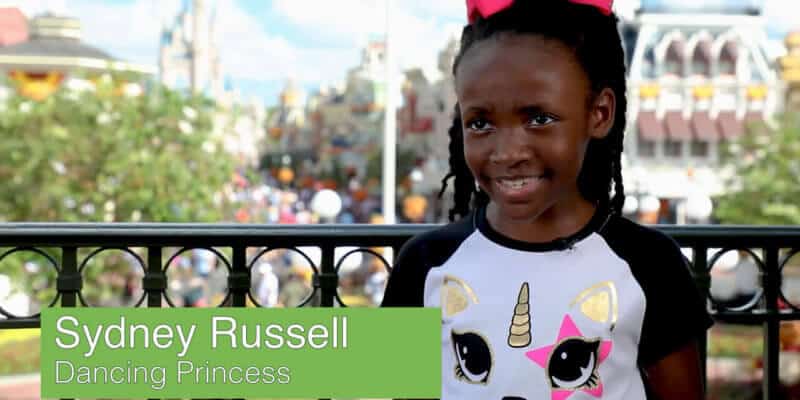 Well, after this beautiful and magical moment, Disney decided to invite Sydney and family back to the park where they had the chance to learn even more about this show stopping performance that touched so many people across the world.

Sydney Elise Russell had initially visited Walt Disney World to celebrate her eighth birthday. Her family took her to Disney Springs to visit Bibbidi Bobbidi Boutique where Sydney had the makeover of her dreams.

Her all time favorite Disney princess is Princess Tiana from “The Princess and the Frog,” so she decided her Disney Parks makeover inspiration would be from her. The Disney Cast Members did an excellent job and transformed her into a mini Princess Tiana.

Sydney and her family then went on to visit Magic Kingdom, when she heard music coming from the park’s Main Street Philharmonic Band. Sydney felt the beat and didn’t shy away from letting her inner Princess Tiana emerge. Before she knew it, a Disney PhotoPass Photographer offered his arm and led her over to the band.

“I made up that dance right off the top of my head,” Sydney said. “I was just in my world and I was just living my moment.  And when the moment was over, I was just like – did that just happen?”

Sydney’s mother, Tiffany McKinnon Russell, wants to give a huge shout out to the Disney cast member who led her daughter over to the band. Russell says her and her family are still amazed the video became viral and now has over one million online views. “We’re so glad Sydney could touch so many people and everyone can share in her joy.”