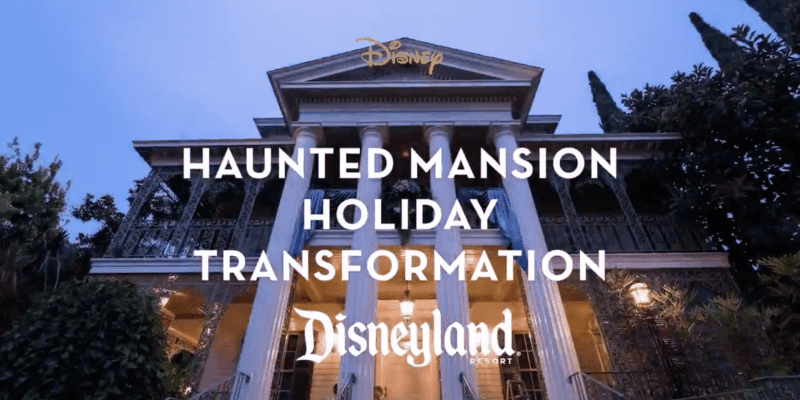 Although we are officially in October and Halloween is just around the corner, Disneyland Resort has been in the spooktacular mood for quite some time now. But there’s one ride in particular that gets a complete make over in honor of the Halloween season: the Haunted Mansion.

The classic attraction, the Haunted Mansion, gets completely decked-out for the holiday. The Pumpkin King, Jack Skellington, brings frightfully festive touches to the attraction inspired by Tim Burton’s “The Nightmare Before Christmas.”

Disneyland guests can experience some of their favorite “Nightmare Before Christmas” sights and sounds along with some special seasonal surprises. You may even run into Sally, Oogie Boogie, and some other classic characters from the film.

Although the Haunted Mansion holiday makeover is one of the most popular attractions that draws in Disney guests for the Halloween season, there is so much more to see and do throughout both Disneyland and Disney California Adventure.

The holiday decor runs up and down Buena Vista Street. Disney guests will notice clouds of black bats swarming Carthay Circle Theatre’s bell tower as well as see the Headless Horseman statue. Of course, there are tons of other spooky decorations from beyond the grave as well.

And while visiting Disney California Adventure, stop by Radiator “Screams.” Guests can cruise into Cars Land and experience Radiator Springs during Halloween season. Keep your eyes peeled for Vamp Mater and other Cars characters to be decked out in their Halloween attire.

I think it’s safe to say, Disney cast members work extra hard during the holiday season to make sure both parks are decked out in their spooky best.

What’s your favorite part about Halloween season at Disneyland Resort?