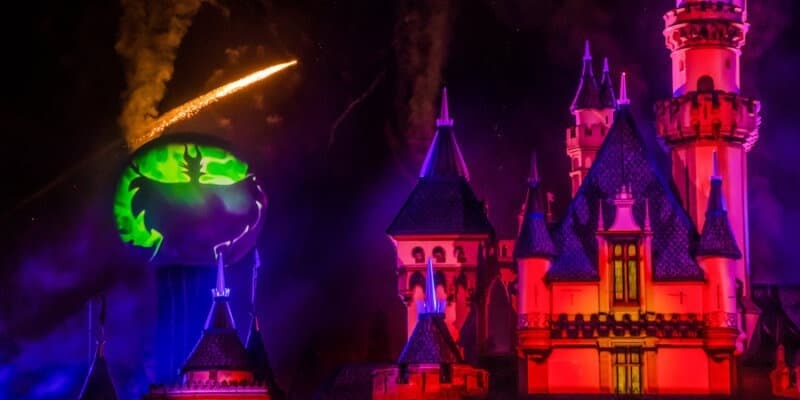 If you’ve been waiting for some more Disneyland Halloween news, this is it. Oogie Boogie Bash, the all-new Halloween party, is making its seasonal debut at Disney California Adventure, and many guests have been wondering whether or not Disneyland will still run the fan-favorite fireworks show, Halloween Screams. Not to worry, because Disneyland has announced that Halloween Screams will run almost nightly for all Disneyland guests this spooky season.

This year every night throughout the Halloween season, guests visiting Disneyland park can watch Halloween Screams like never before. Typically, Halloween Screams is a show with wow-factor projections and breathtaking fireworks that light up the night sky. But this year, much like with Mickey’s Mix Magic, the show will run most nights as a musical projection show, and on select nights fireworks will be added. These days, Disney shows are entertaining and fun with or without fireworks, so we’re sure a show like Halloween Screams will be magical and worth a watch no matter which night you’re visiting Disneyland.

With Dia de los Muertos celebrations featuring Coco at Disney California Adventure, hand-carved pumpkins on display on Main Street U.S.A., the “Nightmare Before Christmas” overlay on Haunted Mansion, Oogie Boogie Bash, and so, so much more, there’s never-ending seasonal excitement all throughout Disneyland Resort this Halloween season. We can’t wait for the fun to begin on September 6!

What are you most excited to experience during Halloween Time this year at Disneyland Resort? Let us know in the comments!