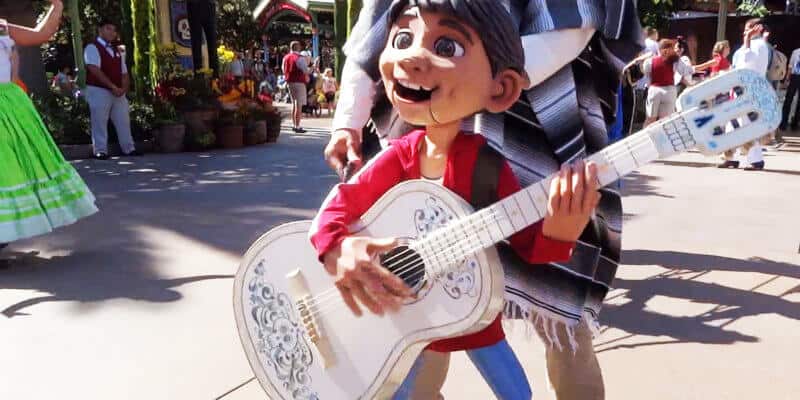 Señoras y señores: buenas tardes, buenas noches! “A Musical Celebration of ‘Coco'” is back at Disney California Adventure, and since it’s debut last year it has received an incredibly impressive overhaul.

Not only are the Mariachi Divas and the other supremely talented performers back for 2018 in the fantastically fun, toe-tapping musical revue in the Paradise Gardens section of the park (known as Plaza de la Familia in celebration of Disney/Pixar’s smash hit “Coco” through Dia de los Muertos), but they are joined by an astonishingly lifelike puppet of Miguel, the movie’s twelve-year-old protagonist.

If you’re interested in seeing last year’s version of the performance for comprison, be sure to check out the following video from the Inside the Magic YouTube channel.


“A Musical Celebration of ‘Coco'” runs daily at set times throughout the day at Disneyland Resort in Anaheim, California.