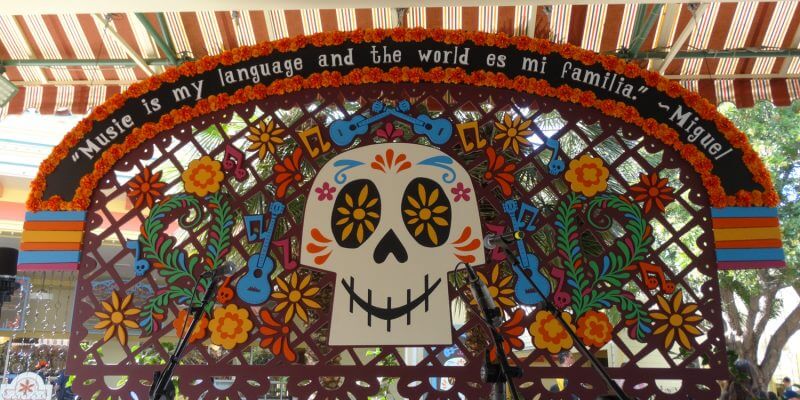 Dia de los Muertos (also known as the Mexican Day of the Dead) has been celebrated in a variety of traditions for centuries, but only recently has the holiday entered into American pop culture prominence. The upcoming Disney-Pixar film “Coco” continues that trend with a vibrant musical story set in the fictional Mexican village of Santa Cecilia and of course the mythical Land of the Dead.

Disneyland Resort in Southern California is also celebrating Dia de los Muertos this year with a grand tribute to “Coco”– all located within a new seasonal area called Plaza de la Familia, in and around the Paradise Gardens area of Disney California Adventure.

WATCH A MUSICAL CELEBRATION OF “COCO”:


Overall, the celebration is a memorable and colorful way to observe– and provide information about– Dia de los Muertos, while simultaneously promoting Disney-Pixar’s “Coco” to theme park guests.

Plaza de la Familia and “A Musical Celebration of ‘Coco'” both run from now through Thursday, November 2nd at Disney California Adventure in Anaheim, California. Be sure to visit Disneyland Resort’s official website for more information.

“Coco” will be released into American theaters on November 22nd, with an earlier release date of Friday, October 27th in Mexico.