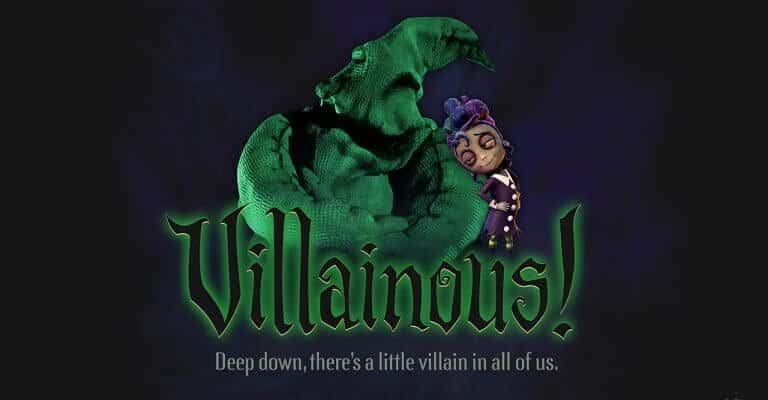 We’re not sure what’s more excited: an all-new Halloween party coming to Disney California Adventure, or all of the exciting new experiences that come with it! Disney just revealed some frightfully fun new details about what we can expect at Oogie Boogie Bash when it debuts this fall, so get ready because it looks like this will be the most exciting Disney Halloween party we’ve experienced yet. 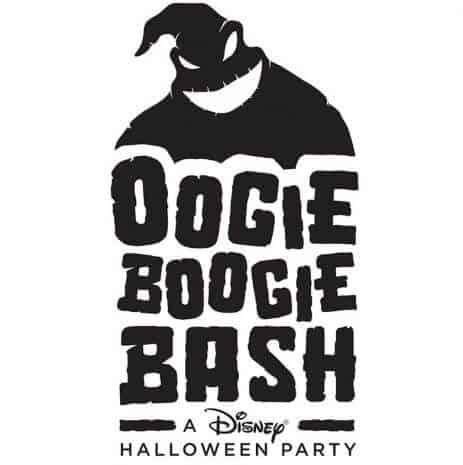 If you’re a total Disney fan, you probably agree when we say that World of Color is one of the most amazing nighttime entertainment shows at a Disney park. So when Disney revealed new details about the Halloween version of World of Color we’ll get to see at Oogie Boogie Bash, we couldn’t wait to share it with you. This all-new show is called Villainous! and can only be seen on select nights during Oogie Boogie Bash. Here’s the show’s official synopsis, according to Disney:

The new “World of Color” show exclusive to Oogie Boogie Bash tells the twisted tale of a young girl (and all-new character) named Shelley Marie. In “Villainous!,” Shelley has a decision to make about her Halloween costume for this year, and finds herself wondering if she could really be as strong and unique as some of her favorite Disney villains, including The Queen, Ursula, Dr Facilier, Hades, Jafar and Maleficent. This twisted tale carries Shelley on an unforgettable journey through fountains, lights, lasers, projections and special effects. “Villainous!” shows guests that, deep down, there’s a little villain in all of us.

We can’t wait to see this haunting new version of one of the best nighttime entertainment offerings at Disneyland Resort, but we’re also so excited for everything else we can expect at Oogie Boogie Bash, including treat trails done with a Tim Burton flair and an epic dance party featuring the “Descendants” crew! Here’s some more information that Disney shared about what else we can expect at the new Halloween event:

What do you think of the new additions coming to Oogie Boogie Bash, the upcoming Halloween event at Disney California Adventure? Let us know in the comments!