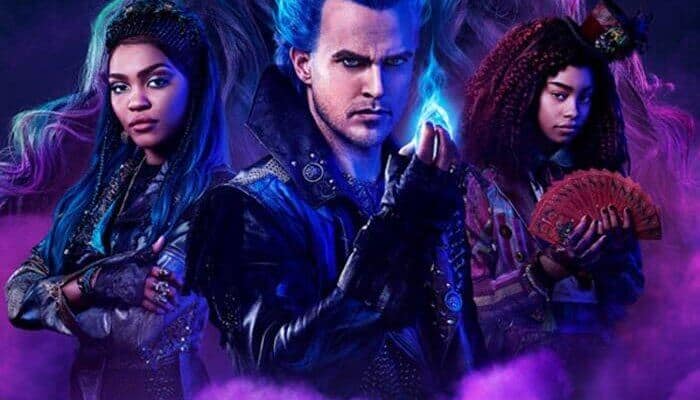 The Disney Villains and their conniving kids are back, and they’re shaking things up. Disney just debuted the first official trailer for “Descendants 3,” and it looks like this film will be the most wicked yet.

The all-new trailer premiered on Sunday during the Radio Disney Celebration (known as the ARDYs), and it’s all Disney Channel fans have been talking about since. In the trailer, we finally get a look at Hades, some of the other Disney Villains (including an epic shot of Maleficent in dragon form), and of course the Villain kids…both good and bad. The third film unfolds on VK Day (a day celebrating, you guessed it, the Villain Kids) as Mal, Evie, Carlos, and Jay cross the barrier and return to the Isle of the Lost to bring four deserving Disney Villains’ kids to Auradon Prep so they can have a shot at a good, opportunity-filled life. But of course, it wouldn’t be a “Descendants” film without some challenges and conflicts. While Mal and the others are afraid that they will be threatened by Uma and Hades (and Mal even contemplates closing the barrier for good), they are unaware of the true doom that may be upon them, from pirates to dragons to villains we haven’t even seen yet.

We already saw Uma return in the teaser trailer released earlier this year, looking as maniacal as ever. But by the looks of this new full-length preview, things are about to get even more frightfully fun in the third film. Take a look at the official trailer below and see for yourself what Disney has in store for “Descendants 3”:

We can’t wait to find out more about what’s to come in the second “Descendants” sequel, but we’re not sure if we’re more excited to meet the new villains or find out whether Mal will actually become queen (and seal the barrier). We’ll have to wait until the movie comes out to see what happens, but we already couldn’t be more excited to find out. “Descendants 3” premieres on Disney Channel this summer on August 2.

What do you think of the new trailer for “Descendants 3”? Let us know in the comments!