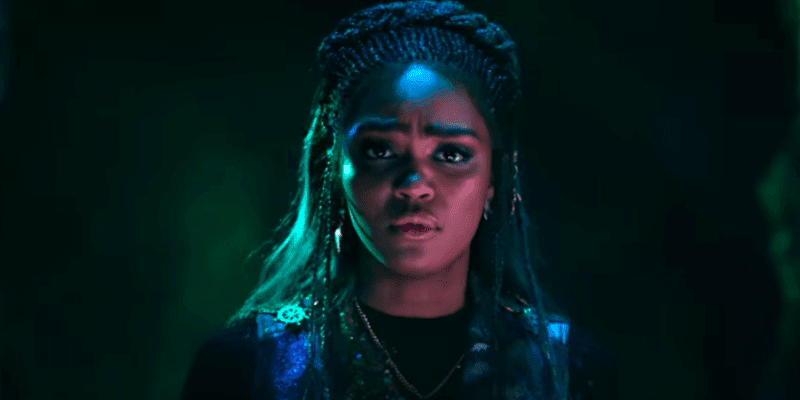 “Descendants” fans, check this out! Disney Channel has revealed another sneak peek at the upcoming third film in the “Descendants” series, and we’re so excited to share it with you all.

In the latest trailer for “Descendants 3,” Ursula’s villainous daughter Uma is back with a vengeance, picking up right where she left off in “Descendants 2.” Uma shares in the teaser that while Mal and the rest of her friends were celebrating their new life in Auradon, Uma has been plotting her revenge. Interestingly enough, Uma’s monologue in the latest trailer hints at the social commentary that we can now expect from the third “Descendants” film (and her speech has a similar tone to that of Scar in the upcoming remake of “The Lion King”).

“Her reign is for the privileged, spoiled, and greedy who keep everything to themselves, while we fight for scraps. But no longer,” Uma says of Mal in the trailer. “Their time is coming to an end. The Isle will rise and I promise you Mal will fall.”

Take a look at the full teaser trailer featuring Uma below:

If you haven’t caught up on the latest “Descendants” news, here’s the film’s official synopsis of “Descendants 3,” courtesy of Disney:

Mal, Evie, Carlos, and Jay return to the Isle of the Lost to recruit a new batch of villainous offspring to join them at Auradon Prep. When a barrier breach jeopardizes the safety of Auradon during their departure off the Isle, Mal resolves to permanently close the barrier, fearing that nemeses Uma and Hades will wreak vengeance on the kingdom. Despite her decision, an unfathomable dark force threatens the people of Auradon, and it’s up to Mal and the VKs to save everyone in their most epic battle yet.

Be sure to check out “Descendants 3” when it premieres on Disney Channel this summer.

What do you think of the latest “Descendants 3” trailer? Let us know in the comments!