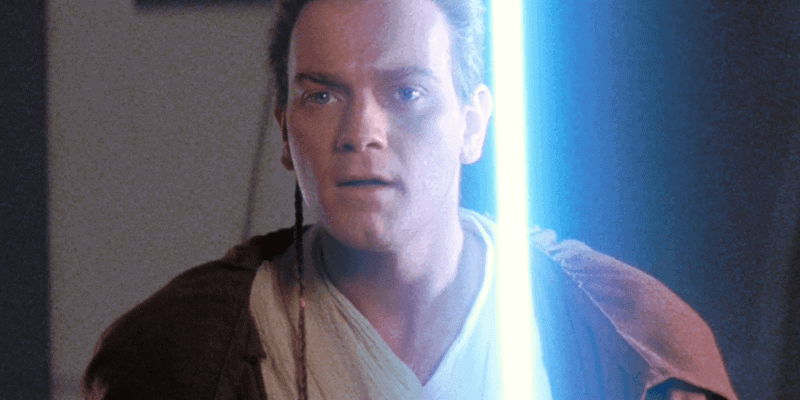 When most Star Wars fans think of Ewan McGregor and Obi-wan Kenobi, they think of the man who served as Luke Skywalker’s mentor and who also fell to the dark side of the force to become Darth Vader. However, it seems some fans mainly think of the rat tail he sported in “Star Wars Episode I: A Phantom Menace,” which was just purchased by a fan for $3,100 in an auction.

Yes–this is not a joke. One fan was actually able to purchase the rat tail Ewan McGregor wore during his time shooting the popular Star Wars movie.

The $3,100 braided hair collection was a clip-on and according to the auction’s listing, it was made of “synthetic hair and features two bands of red thread and two bands of faux-gold thread.” In reference to the colors added to the hairpiece, the auction states: “Different colored bands would be added to these whenever a Padawan progressed in their training.

The hairpiece was originally from the collection of hairstylist Sue Love, who is most known for working on several famed films including those from the “Star Wars” franchise and “Withnail and I.”

As one might imagine, (since the film was shot a long time ago back in the late 1990s) the hairpiece is quite worn. According to the auction’s website, the clip-in hairpiece “shows signs of production use, including glue remnants at the top, minor wear and loose strands of thread.”

If seeing this rat tail makes you miss the beloved Star Wars star–fear not! Earlier this year at D23 it was announced that Ewan McGregor will be reprising his role as Obi-wan Kenobi in a new Disney+ series set to follow the Star Wars Jedi master.

What are your thoughts on a fan spending $3,100 on Ewan McGregor’s rat tail from “Star Wars Episode I: A Phantom Menace”? Let us know in the comments!