"Star Wars" Vader and Obi-Wan Kenobi duel gets modern update and it's epic! - Inside the Magic 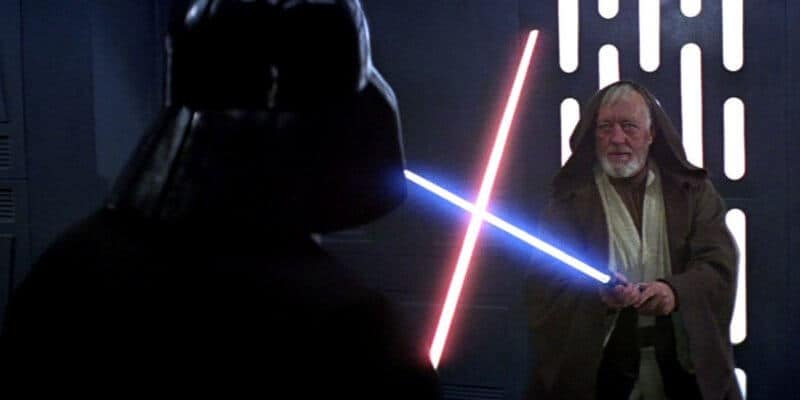 One of the most infamous lightsaber fights of all time, considered to be one of the most defining moments in “Star Wars: Episode IV – A New Hope,” featuring the evil Darth Vader and the intergalactic hero Obi-Wan Kenobi, has just gotten a modern update and it’s out of this galaxy!

In a new video, uploaded by “Star Wars” fan and YouTube user FXitinPost, this well produced fan film perfectly re-imagines the iconic lightsaber duel between Darth Vader and Obi-Wan Kenobi and how it would play out if it were shot in more modern times.

The epic battle, titled “Star Wars SC 38 Reimagined,” which refers to “A New Hope’s” 38th scene, masterfully blends together footage from the original film with new scenes captured by FXitinPost. The new scenes, shot and edited by FXitinPost, offer a new and much more advanced take on the physical fight, which comes together with the old footage perfectly in six minutes and eleven seconds of what most would refer to as intergalactic art!

In the official description of the video on YouTube, FXitinPost writes: “Scene 38 Reimagined is about the final confrontation between Ben Kenobi & Darth Vader in A New Hope nearly 20 years after the events of Revenge Of The Sith. This is a one-off, story-driven scene reflecting the characters in its chronological order from the point of Revenge of the Sith through Rebels, Rogue One, and all canon material leading to A New Hope.”

In the video, fans might notice that the fight is a little different from the original as it’s more in the style of the prequels and sequels. Both Vader and Obi-Wan use all of their Jedi and Sith powers against one another instead of only strictly lightsaber dueling. Fans might also notice this video utilizes music from “Revenge of the Sith,” which reinforces the fact that this is their first encounter since their fight on Mustafar.

What are your thoughts on this new version of the infamous Vader and Obi-Wan duel? Let us know in the comments below!