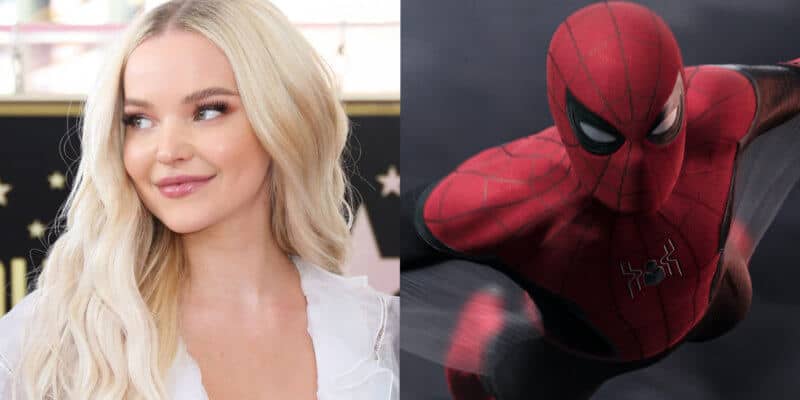 Most know Dove Cameron as the pop princess from Disney Channel’s “Descendants” movie franchise, where she stars as the villainous daughter of the evil fairy queen Maleficent. However, it seems the actress wants to turn over a new leaf. Specifically, one in the Marvel superhero film universe as Spider-Man’s famed love interest Gwen Stacy.

The last time the teen girl from the “Spider-Man” universe made it to the big screen was in Sony’s “Spider-Man: Into the Spider-Verse” Although, Stacy was voiced by Hailee Steinfeld and portrayed only in 2-D animation. Cameron wants to take the character out of the animated series and portray her in a live-action film.

“Yeah, while I feel like a lot of them have been done recently but, I mean, I would love to play Gwen Stacy,” said Cameron to MTV. She also went on to share that she’d really be up to play any character in the Spider-Man universe, saying: “or like a Marvel villain.”

Besides the animated “Spider-Man: Into the Spider-Verse,” it’s been years since the last time fans saw Gwen Stacy on the silver screen. Specifically, in Sony’s “The Amazing Spider-Man 2” (2014), which starred Emma Stone as Stacy. In the current “Spider-Man” universe, MJ seems to be the love interest of the iconic web-slinging hero, which has been played by Zendaya.

It’s not to say that the current Tom Holland “Spider-Man” film series won’t continue to develop and potentially include another love interest. Although, as for if the series will move in the direction of including Gwen Stacy again is unknown. Technically speaking, the character of MJ has been differentiated as another role that is not Mary Jane, which is the character most Marvel Comics fans are familiar with.

Whether or not the role of a live-action Gwen Stacy were to ever be available by Sony and if Cameron were to be considered for it remains to be seen. But if it were, Cameron wouldn’t necessarily be a newbie to the Marvel universe as she did make her debut in the franchise as the teen assassin Ruby on Marvel’s “Agents of SHIELD.”

What are your thoughts on Dove Cameron playing a live-action version of Gwen Stacy? Let us know in the comments!