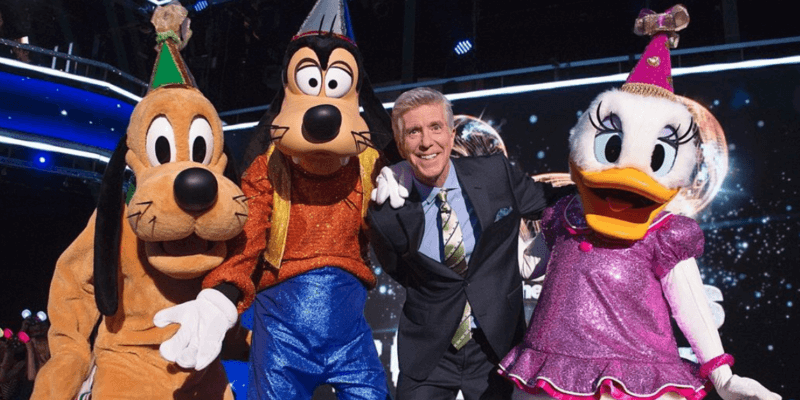 After the heartbreaking goodbye to basketball star, Lamar Odom, there are now nine celebrity and pro-dancer couples remaining who will compete on the popular Disney Night.

For the very first time ever, Disneyland’s Sleeping Beauty Castle will be featured in the show’s pre-recorded opening number segment. Throughout the live show, the dancing couples will take over Disneyland Park and Disney California Adventure as they seek for inspiration for their upcoming dance numbers.

But that’s not all because Disney Night will also be showing sneak peak previews of some upcoming Disney projects! Dancing with the Stars will feature a dance to the song “Into the Unknown” from Frozen 2, which hits theaters on Nov. 22.

There will also be sneak peaks of the live action Lady and the Tramp and High School Musical: The Musical: The Series, which both debut on November 12 on Disney’s new streaming service, Disney+.

Although Dancing with the Stars hasn’t announced exactly which dance songs each dance couple will be performing to, we can expect to see numbers to “We’re All in This Together” from High School Musical, “Under the Sea” from The Little Mermaid, “A Spoonful of Sugar” from Mary Poppins, and “I Just Can’t Wait to Be King” from The Lion King.

Here are the dances we will see performed by the celebrities and their partners tonight:

Hannah Brown of The Bachelorette and  pro-dancer Alan Bersten will dance the foxtrot.

Disney Night on Dancing with the Stars premiers tonight, October 14, at 8PM EST on ABC.

Which celebrity and pro-dancer couple do you want to see win this year’s Mirror Ball trophy?