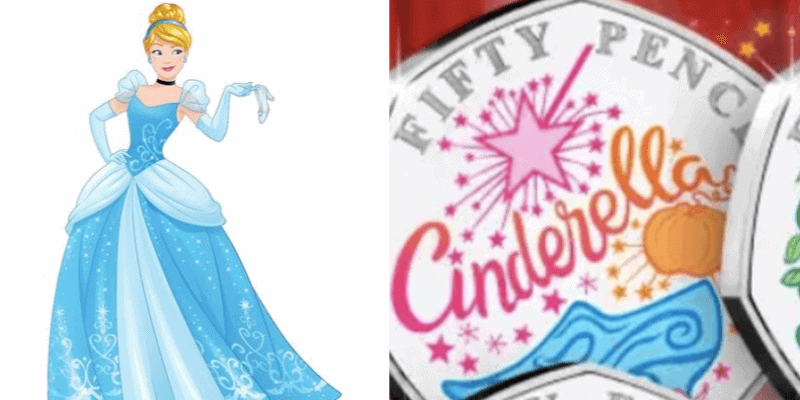 It seems like you can get the Disney-version of anything these days, including Disney-themed money! Classic Disney and storybook characters are now featured on coins in the U.K, and we can’t wait to get our hands on them.

Five new 50p coins have launched today in the U.K., and they feature some of the most beloved stories of all time. Thanks to the Guernsey Treasury, coin collectors, Disney fans, and fairy tale enthusiasts can now purchase possibly the prettiest coins we’ve ever seen.

Our favorites have to be the coins that feature Cinderella, Snow White, and Aladdin — three of our favorite Disney characters of all time — but Jack and the Beanstalk and Dick Whittington are also featured in the collection.

Keep in mind that these 50p coins aren’t actually capable of being exchanged as currency. They are collectors items released by the Guernsey Treasury rather than the Royal Mint, so don’t purchase them thinking you can actually spend them. But if we got our hands on these coins, we wouldn’t want to ever give them up, anyway!

Take a closer look at these Disney character-inspired coins below:

There are five coins total, but of course the Disney-inspired coins in particular have caught our eye.

The Snow White coin has the film’s title, Snow White and the Seven Dwarfs, written in the center of an apple, with beautiful green vines around the perimeter.

And the Aladdin coin has Genie’s magic lamp sat atop the magic carpet, with some mysterious blue smoke surrounding the icons indicating that Genie is close by.

All three Disney-inspired coins along with the additional two storybook coins are currently available for purchase online. It’s less expensive to purchase the versions that aren’t in full color for £30, but if you want a colorful set of the coins you’ll have to spend £325. You can purchase the coins online on the  Westminster Collection website, so jump on it if you’re a collector, because 20,000 of these coins will also be released into circulation in the British Isles later this month.

What do you think of these new Disney character coins? Let us know in the comments!