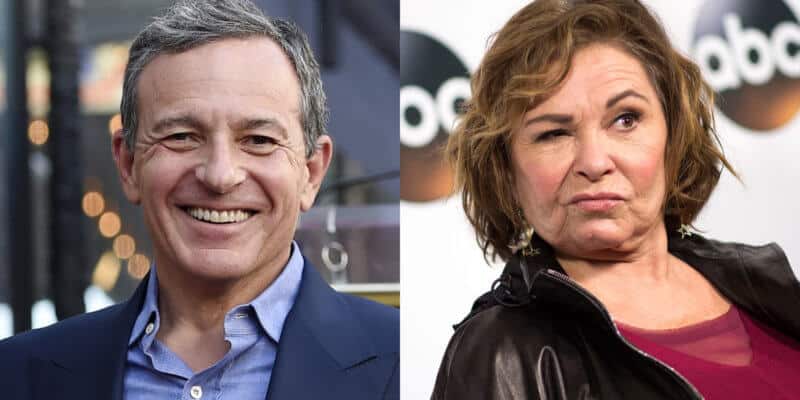 As The Walt Disney Company CEO Bob Iger looks back at his long career, he’s recently opened up about firing Roseanne Barr from her rebooted ABC show “Roseanne,” which he now considers to be one of the easiest decisions he’s ever made. However, it’s one Roseanne believes was influenced by her public support of Donald Trump.

Barr was fired from her ABC show “Roseanne” in May 2018 after she posted a racist tweet about Valarie Jarrette on her personal Twitter account. Garrett was a former aide to President Barack Obama.

At the time, the “Roseanne” reboot was the highest-rated sitcom on ABC for the 2017-2018 TV season, but it only took Iger minutes to make the decision after he learned of Barr’s tweet–which he says was not impacted by the financial repercussions his decision would have for the network channel.

“It took about five minutes to know what we had to do,” Iger said on Oprah Winfrey’s daytime series on “Super Soul Sunday” on OWN. “It seemed completely insensitive, completely disrespectful. It was very clear. The decision, it was easy to make.”

Even though the studio had fired Barr from the series, the network also canceled “Roseanne.”

Iger continued: “What she had done was very, very clear. I didn’t believe any context could make this better or acceptable or could result in us forgiving her. So we did it. And you also know, in today’s world, if there’s a decision to be made by you, make it — because otherwise the world will make it for you, and that’s never good.”

Iger also recalls Barr’s firing from ABC in his new memoir, where he discussed the fact that there was no double standard impact on his decision. If any other Disney employee would have written what Barr had in her tweet, they would have been “immediately terminated,” he writes.

ABC later did a spin-off series without the comedian called “The Connors,” which featured the rest of the “Roseanne” cast members. Roseanne Bar apologized for the tweet following the cancellation of her ABC show.

As much as it was believed Barr was only fired from ABC because of her offensive tweet, she believes her removal from the show was politically motivated by people in Hollywood who do not like the president, which she recently shared on Joe Rogan’s podcast.

“It’s all because I said that I like [Donald] Trump,” she said on the show. “A lot of cabals in Hollywood, that’s all they needed to hear: ‘She must be destroyed.'” Barr says ABC had warned her from saying anything to offensive and the tweet was the last straw.

After being fired, Barr says that the experience was the worst thing she ever experienced. However, she also says she wasn’t shocked that it happened because she knew they didn’t like her public support of the president.