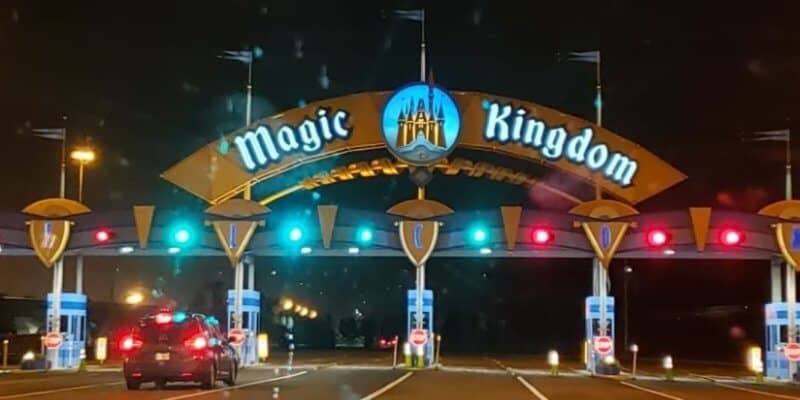 Everyone knows and loves the iconic Walt Disney World sign when heading into the Magic Kingdom toll plaza. Driving under the words “Walt Disney World: Where Dreams Come True,” with Mickey on one side and Minnie on the other. Chills, excitement, tears — there is no other feeling like it.

Driving under the Magic Kingdom sign at the entrance to the first Walt Disney World theme park gives us that same exciting feeling, although now it looks like that sign could be changing.

If you aren’t sure what variable message signs are, they typically consist of electronic traffic signs that are used to give drivers updated information. Disney could use this in a variety of ways. From letting guests know the current park house to informing drivers of special event hours (such as on nights that hold Mickey’s Not So Scary Halloween Party) and other information.

Are you excited to see a new sign added to the Magic Kingdom toll plaza?