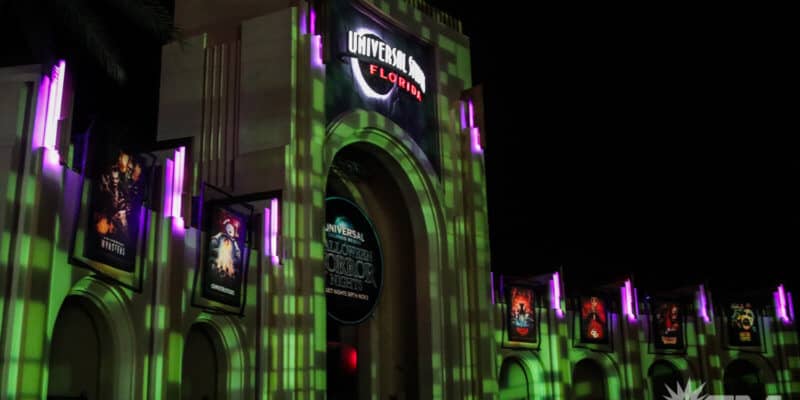 With huge crowds and much anticipation, spooky boo season is off to a scream-worthy beginning! Buried below: insight into scare zones at Halloween Horror Nights 2019. 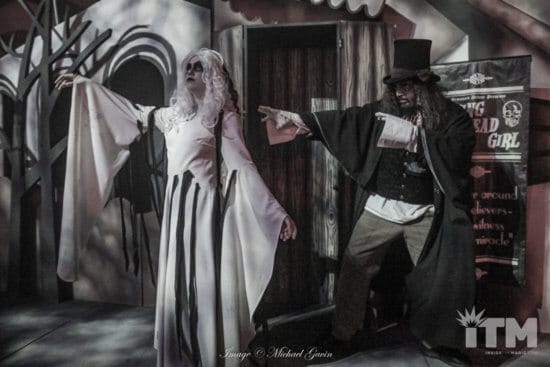 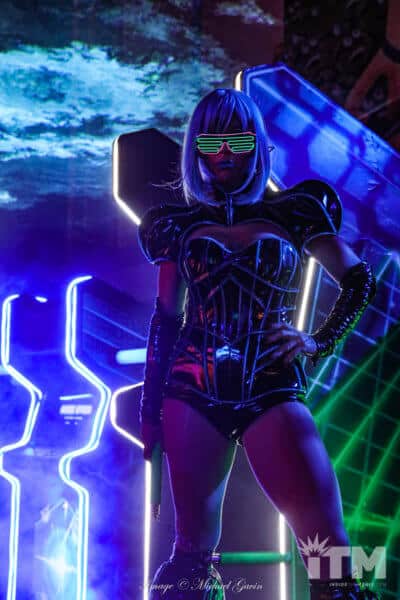 This spoiler-free foray into Halloween Horror Nights 2019 stacks selections in order of fear factor, delightfully dark detail and overall impression. This article focuses on the outdoor ambiance and creatures of the event’s five scare zones. 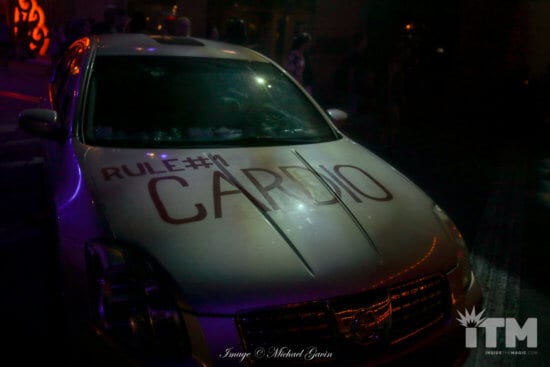 Rankings are based on the personal opinion of the writer and in no way reflect the tremendous talent and passion poured into these amazing attractions of horror. On that note, the entire crew at Universal Orlando’s Halloween Horror Nights 2019 brought the boo with extreme energy, tremendous talent, and excellent expertise. Congratulations to ALL of the team members who worked hard to make this event a stunning success. With dedication like that, it’s easy to see why Horror Nights is the nation’s premier, to die for, Halloween party!

Five fear-fueled scare zones keep the frights flowing at Halloween Horror Nights in Orlando. Each offers its own brand of “boo.” Two take their inspiration from franchised fear. The other three emerge from the minds of Universal’s creative team. All showcase the tremendous talent and passion poured into the event. 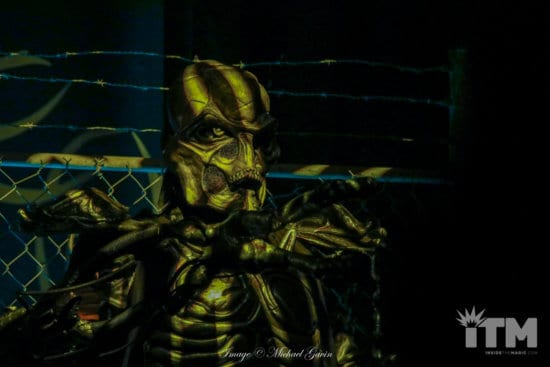 Tying the eighties theme together, Anarch-cade features oversized arcade games and lots of neon. A pair of tall roaming characters join others wielding neon glow colored weapons. Masked menaces in illuminated capes stalk either end of this area. Ultimately though, it’s the masked glowing chainsaw carrying creatures which evoke the most mayhem. 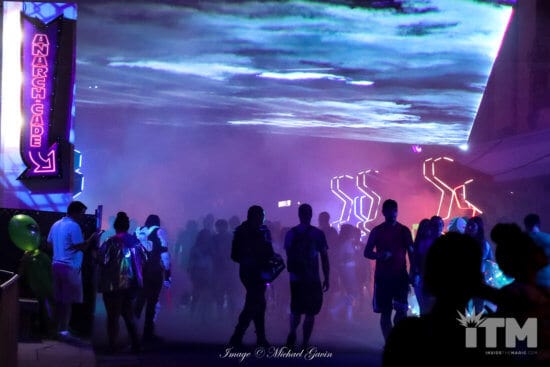 Fun and bright, yet still alarming when those chainsaws fire up, this zone shines with eerie eclectic, electricity. Of note, a wondrous laser-lit “ceiling” shines overhead through the fog. 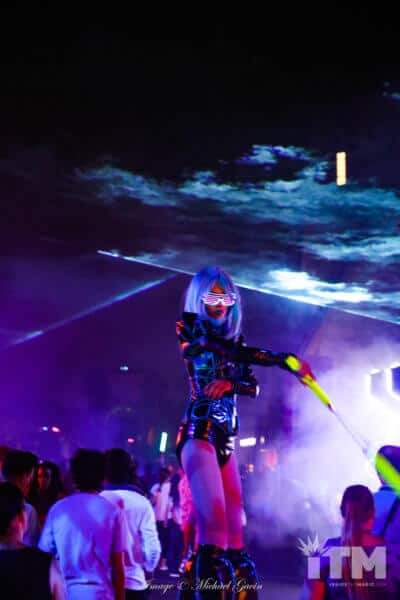 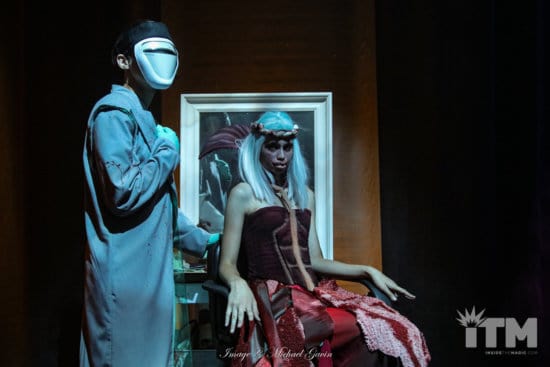 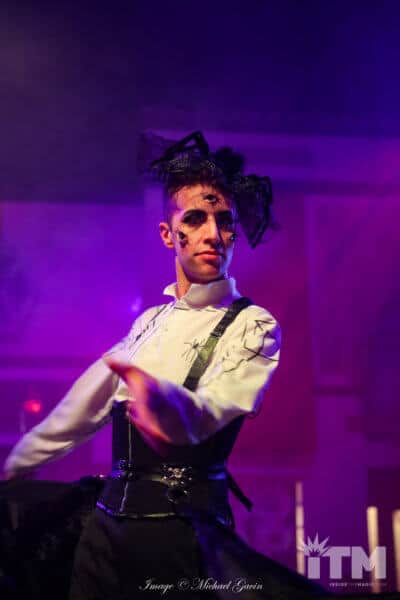 From the surgical suites to the glamorous runway barker, this zone can be fun and a bit unnerving, but definitely a fun foray into the realm of plastic personalities. 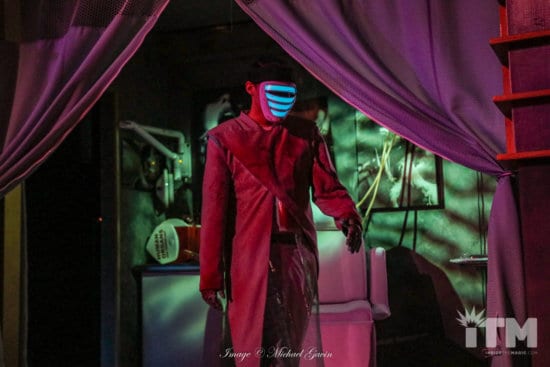 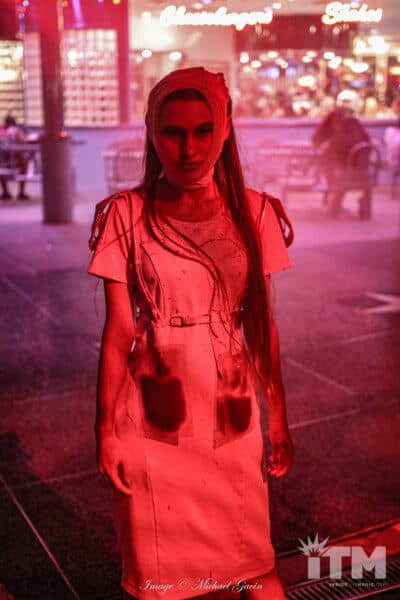 Peppered with rules for survival, this franchise fueled fear zone offers a haunting host of zombies and their prey. Characters from the films make appearances throughout the zone. During the evening a small staged scene showcases the Zombie Kill of the Week.

From clever undead characters like a Charlie Chaplain zombie and golfing ghoul (Bill Murray’s character?), the monsters in this zone are quite entertaining. “Stop n Plop” portable lavatories (“the #1 for #2”) harbor even more danger. 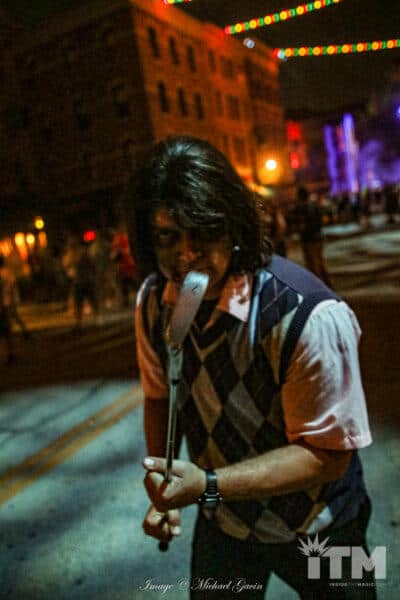 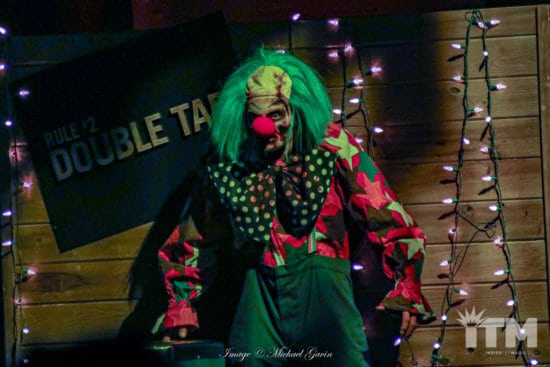 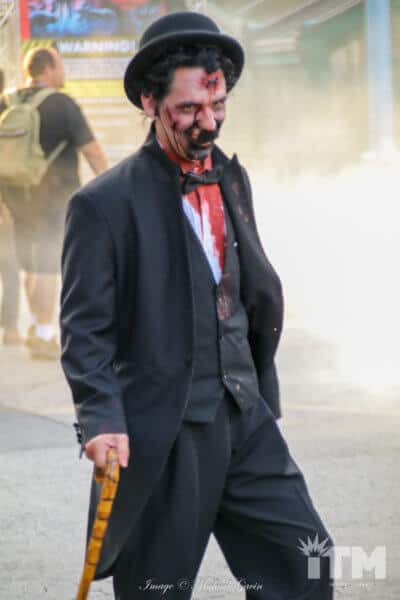 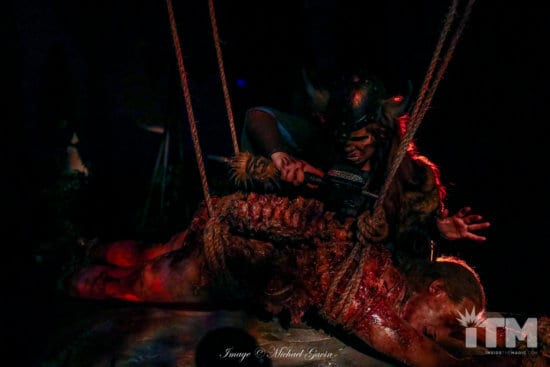 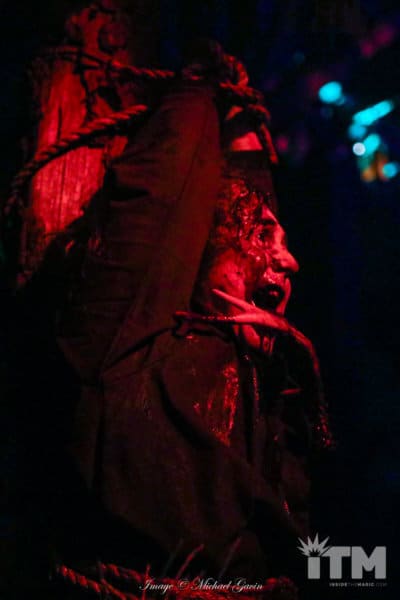 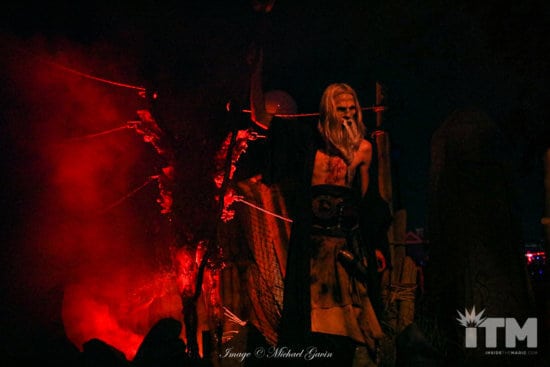 Combing the blood lust of Vikings with hunger of the undead is a brilliant move on the part of Universal. Well stocked with wandering creatures, this cleverly crafted scare zone is pure fun to get lost within. Vicious Vikings and a few monsters make this outdoor dark delight a true to-die-for experience. 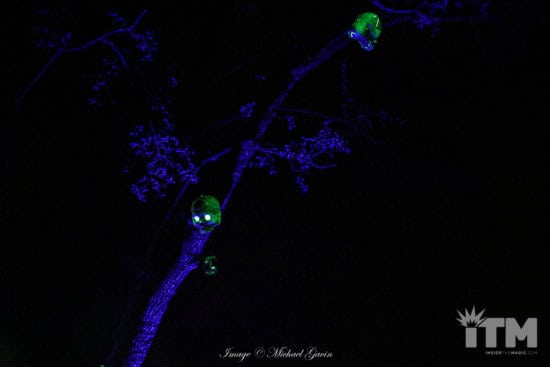 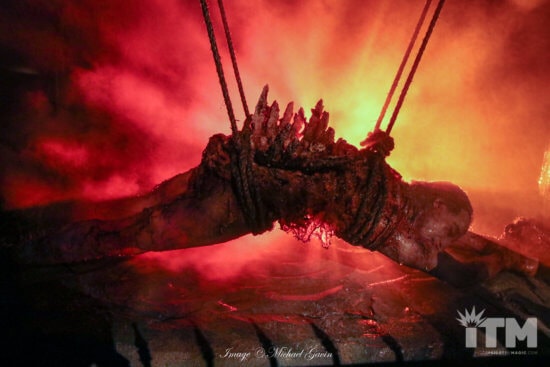 Go-go dancers, roaming maniacs and other monsters make their way around the streets of San Francisco while pulse-pounding industrial rock from Rob Zombie. Various music videos from the 1998 album come to life amid lighting and pyrotechnic effects. All three singles (Dragula, Living Dead Girl and Superbeast) add to the high energy ambiance. 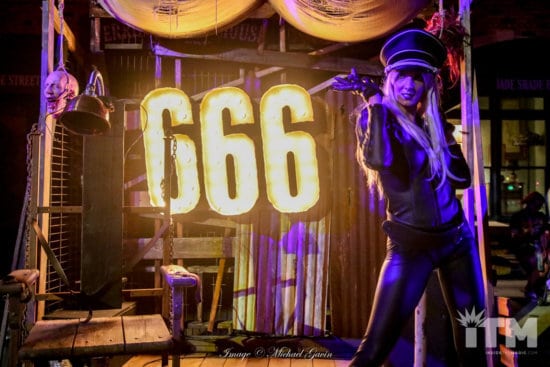 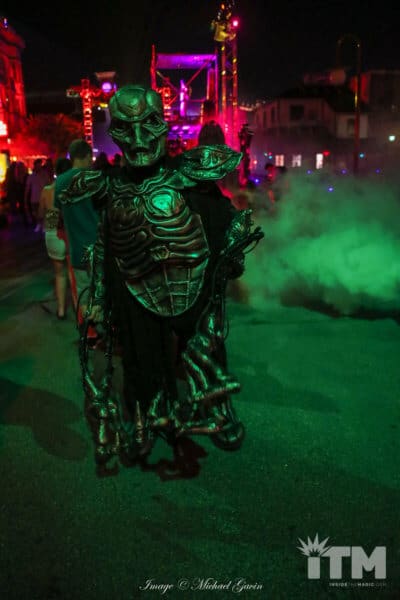 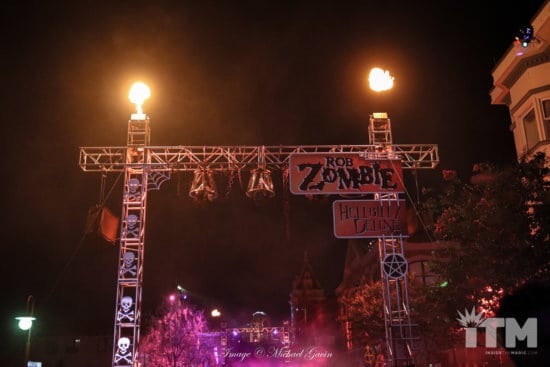 Intense energy and playful mood of this zone clearly showcases Zombie’s love of horror and rock. Two photo opportunities provide fans of the rocker a chance to sit on Rob Zombie’s throne or in the driver’s seat of the Munsters inspired Dragula vehicle. 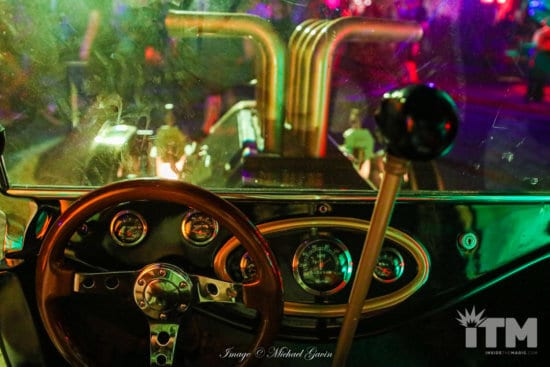 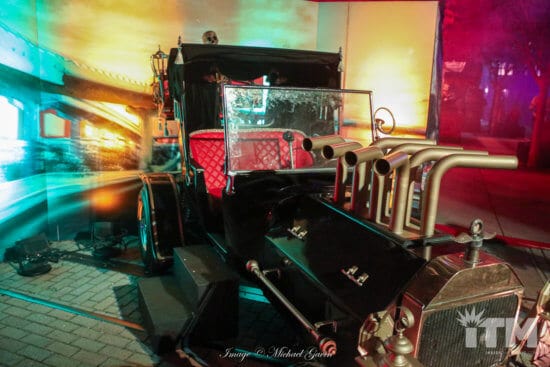 While these five favored scare zones found at Halloween Horror Nights are ranked from least to most favored, all are executed with excellence. From planning to production, the entire team at Universal Studios Florida deserve recognition for their drop-dead dedication to making this another year of to-die-for, fearsome fun! 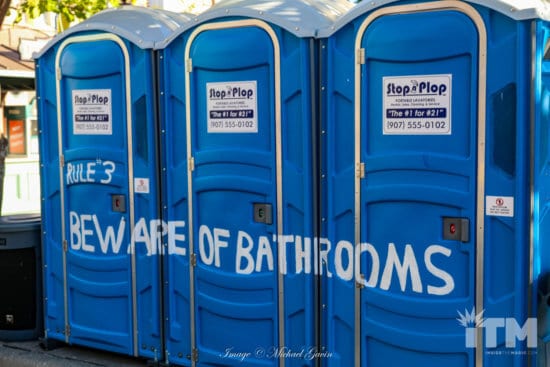 Comments Off on Favorite Frights: Ranking the 2019 Scare Zones of Halloween Horror Nights