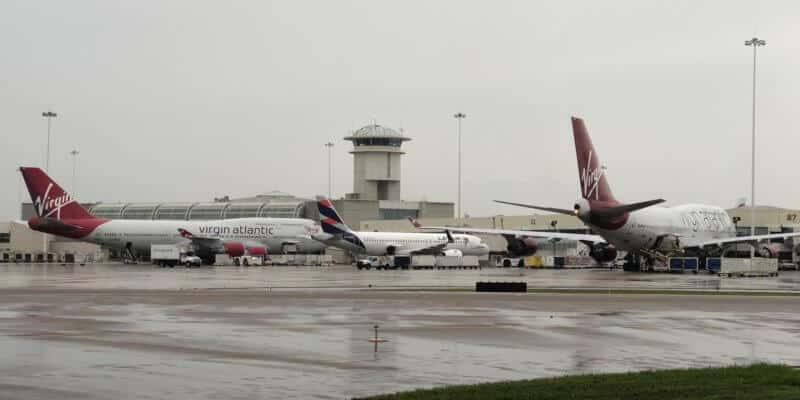 The path of Hurricane Dorian has proved to be wildly unpredictable, and with the storm moving slower than meteorologists initially anticipated, the Orlando International Airport has once again reversed their decision to remain open through the storm.

Last week we shared that the Orlando International Airport would close at 2:00 A.M. on Labor Day as a precaution for the upcoming hurricane. However as models of the storm path changed the airport went back on this decision and announced their plan to stay open instead. Today, the Orlando International Airport armed with new forecasts of Dorian’s path announced that the airport will instead close at 2:00 A.M. on Tuesday, September 3, 2019.

The latest update will always be pinned to top of our page. Passengers: Please check with your airline for updates regarding your specific flight. pic.twitter.com/GZozxIz7LF

While we’re sure the airport does not intend to announce further changes to their operating schedule, if you are traveling through the week you’ll definitely want to stay on top of the news and check with any airports or airlines you’ll be using. As the storm path is still unpredictable it seems safe to say that any planned closures are subject to change.

The Orlando International Airport also reminds travelers during this time that the airport is not equipped to function as a shelter — so if you are flying in or out of Orlando beginning on Tuesday you may want to have some accommodations in mind in case you end up with some delayed travels.

Hurricane Dorian’s impact is being felt throughout the Bahamas and Southern United States, prompting additional closures in the area along with both of Disney’s beach resorts. The Walt Disney World Resort recently announced that the theme parks will be closing early on Tuesday as well.

If you are visiting the Orlando area during Hurricane Dorian, you may want to plan a last-minute overnight stay at the Walt Disney World Resort as it is widely considered one of the safest places to ride out a hurricane in Central Florida. And if you happen to have a Disney Cruise planned for this week, your itinerary will be subject to change throughout the duration of the storm.

We’ll share any additional changes to the Orlando International Airport’s operating hours along with Hurricane Dorian’s impact on Disney vacations and Central Florida Travels- please stay safe out there this week!