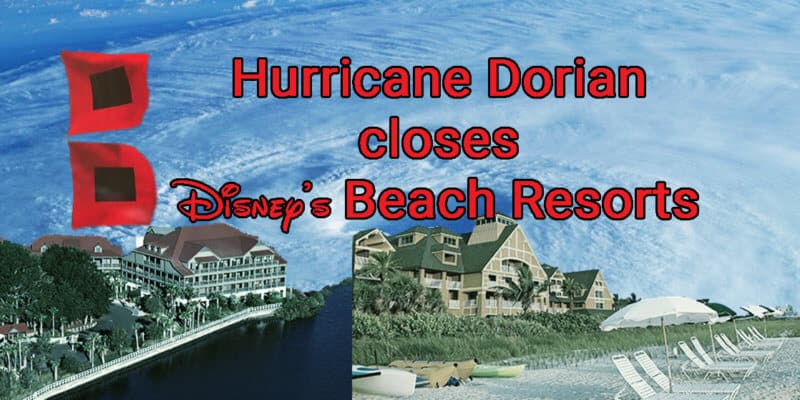 Hurricane Dorian forces closure of Disney properties. Out of concern for the safety of guests and cast members, both of Disney’s Beach Resorts have been closed until further notice.

While the eye of Dorian may stay just offshore, this massive storm’s damaging winds extend out well beyond the projected path. In addition, the slow-moving storm brings with it the potential for coastal flooding due to storm surge and heavy rains. 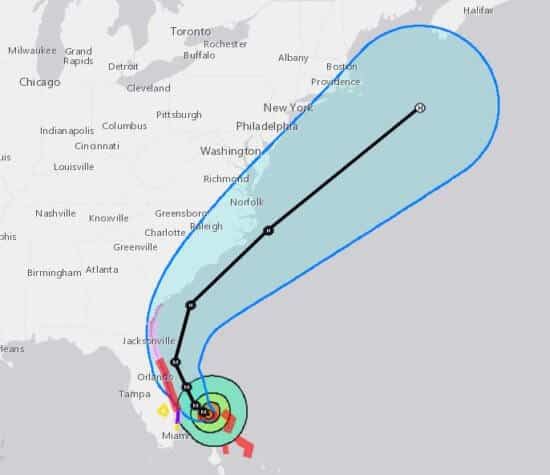 Not only is Hurricane Dorian affecting Disney Cruise lines, but some hotels are also now closed. Due to their proximity to the storm’s projected path, Disney shuttered both of its seaside properties over the holiday weekend. Riptides and dangerous surf may have closed beaches. Unfortunately, that’s minor compared to the potential threat to life and property from Dorian’s fierce winds and alarming storm surge.

This tranquil temptation sent guests and cast members home amid safety concerns.  The closure came at 6 pm on Sunday evening.  The company posted the following announcement on the resort webpage:

As of 6 pm Sunday, September 1st, Vero Beach Resort will be closed due to projected weather. We will update this message when the resort is prepared to reopen. Nothing is more important than the safety of our Guests and Cast Members.” 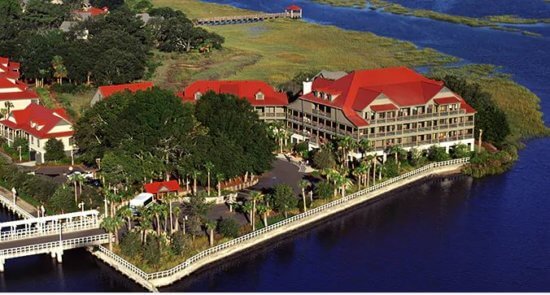 Similar safety concerns brought about the closure of Disney’s South Carolina resort. Surrounded by water, rising tides and flooding are sure to be a major concern. The company issued the following statement:

Due to hurricane Dorian’s unpredictable course and unknowns as to what kind of effect the storm will have on either property, guests with travel plans for either location are encouraged to keep on eye on their resort’s website for notice updates.