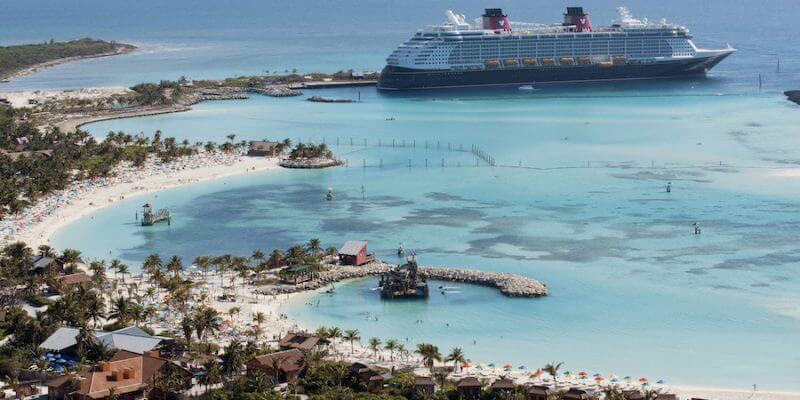 Since Disney Cruise Line originally announced that some of the Crew had remained on Castaway Cay to wait out Hurricane Dorian, the company has since shared an update on the crew’s status. Disney Cruise Line stated on the official website that the Crew has returned to their living quarters after taking refuge in a storm shelter on Sunday.

Many of our Guests have asked questions about Castaway Cay. Some of our Crew remained on the island and their care and safety is our highest priority. As forecasted, sustained winds on the island did not extend beyond tropical force strength and our Crew has returned to their living quarters after spending a few hours in our storm shelter yesterday. Our thoughts continue to be with the people in areas of The Bahamas that are being impacted by this storm and we stand ready to contribute to recovery efforts.

As Hurricane Dorian was gaining strength and moving through the Bahamas as a Category 5, many people wondered how Disney Cruise Line’s guests, Cast Members, and crew were handling themselves amid the storm. Yesterday, Disney Cruise Line announced that some of its Crew had remained on Castaway Cay, Disney’s private island in the Bahamas, as the storm loomed in the northern islands.

Disney Cruise Line shared the update as part of their travel advisory currently posted on the cruise line’s official website:

Many of our guests have asked questions about Castaway Cay. Some of our Crew remained on the island and their care and safety is our highest priority. We are in regular contact with island leadership, who is making sure our Crew is well taken care of in our storm shelter, which is designed for these types of situations and has restrooms, power and is well stocked with food and water. Castaway Cay remains south of the more significant weather and is currently experiencing tropical storm force winds, which based on the current forecast, are expected for the next several hours before gradually diminishing. Our thoughts are with the people in areas of The Bahamas that are being impacted by this storm and we stand ready to contribute to recovery efforts.

The update was posted on the Disney Cruise Line website after a woman named Meg Green Tweeted the cruise line inquiring about the safety of her sister, a Disney employee. According to the Miami Herald, Green questioned why Disney would leave cruise line staff behind on Castaway Cay when she was told they would evacuate.

As a response, Disney Vice President of Communications and Public Affairs Kim Prunty Tweeted, “I understand your concern, as they are our co-workers. Castaway is south of the more significant weather. [Disney Cruise Line] is in regular contact with island leadership and all are safe. Forecast calls for tropical storm force winds, which is what is there now. There are extensive measures in place to keep crew safe. A shelter on the island houses all crew and is stocked with a plentiful supply of food and water.”

The Miami Herald reports that although Disney Cruise Line has yet to confirm how many crew members remain on Castaway Cay to wait out the storm and despite closing the private island to guests, there was no need to send away the staff. There is a hurricane shelter on Castaway Cay that is built to withstand Category 4 hurricane conditions. Since Hurricane Dorian was forecast at the time to pass to the north and Disney’s island was experiencing strong (but not Category 5-level) winds, the company stated that the crew would be safe on Castaway Cay.

We have been closely monitoring Hurricane Dorian as it affects Disney Vacations, and we hope everyone stays safe and continues to check for updates from Walt Disney World and Disney Cruise Line.