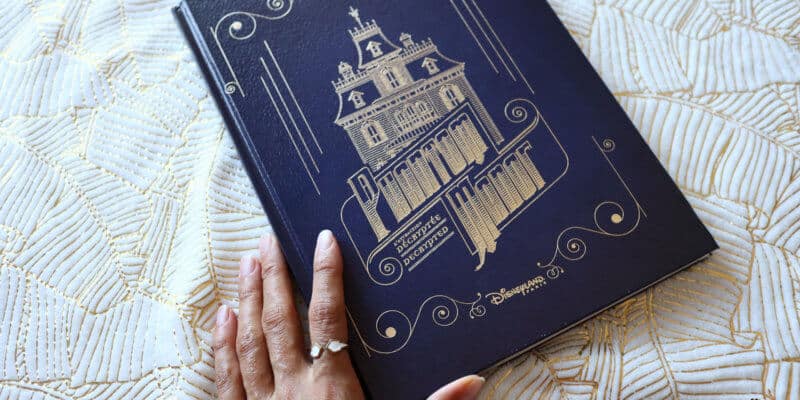 Early in August, Disneyland Paris released a new book dedicated to Phantom Manor. This book was highly anticipated by Disney fans and obviously, it ran out of stock pretty quickly! But, it is supposed to be back soon in Frontierland and hopefully on ShopDisneyFR too. But, is this book really good? Let’s see.

Available exclusively in Frontierland for now, the Phantom Manor book is sold 19,99€ ( Annual Passholders discount does not apply ) at Thunder Mesa Mercantile Building.

Related: Everything You Ever Wanted To Know About Phantom Manor at Disneyland Paris

What is Phantom Manor: The Decrypted Attraction about?

This book is the second book of a dedicated collection created by Mathias Dugoujon and Jeremie Noyer. The Phantom Manor book is about, of course, the Manor but also about how different it is from the Haunted Mansions around the world. The book also explains how Imagineers have been inspired by the attraction and the issues they had to face when restoring it last year.

Since the storyline is now quite different from when the attraction originally opened in 1992, some details explaining these changes and the Phantom and bride stories are also explained within the 100 pages.

Written in French AND English, the book will delight Phantom Manor fans. So, make sure to check it out as soon as it gets back in stock! Unfortunately, the first edition had some minor impression issues so let’s hope these will be corrected for the next edition.

Actually, the English text sometimes lacks contrast, making it difficult to read since it is written in light purple on a dark purple background. The rest of the book, written in black on a white background is perfect. The issues only occurred in the bonus sidebars on certain pages so don’t let this discourage you from wanting to buy the book.

Beyond that, the book is a treasure for Disney Parks fans as it is full of details, pictures, concept arts, and sometimes, archives! If you ever have a chance to grab it on ShopDisney or when in Disneyland Paris, I really encourage you to read it! And maybe, try to catch the Pirates of the Caribbean book, released last year for the 50th anniversary of the attraction.

If you dream of visiting Disneyland Paris we suggest you consider Academy Travel when booking your vacation, you might be able to get there for less than you think. An Authorized Disney Vacation Planner can take away the stress of planning a trip to Disneyland Paris plus ensure you receive all of the available discounts. Inside the Magic recommends Academy Travel, and you can click here for a no-obligation travel quote. Best of all Academy Travel has agents experienced not only with Disneyland Paris, but they can also assist you with anything else you want to see and experience in France.