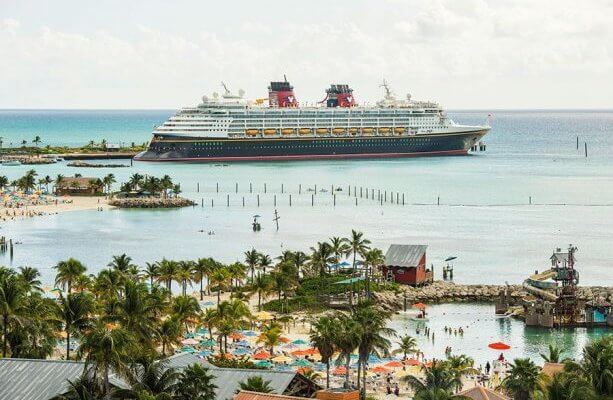 After Hurricane Dorian caused torrential downpours and strong winds as it moved up the east coast of Florida — as well as destruction throughout the Bahamas — Disney Cruise Line has provided an update to its current sailings and scheduled embarkations for this week.

The latest update came on Wednesday at 8:45 a.m. ET, when Disney shared the latest news about the itinerary of the Disney Dream. The Disney Dream, which is currently sailing, had a return originally scheduled for September 2 that was extended to September 4 earlier this week. Now, Disney has shared that the ship’s return has been extended another day:

Disney Dream’s current sailing was scheduled to return to Port Canaveral on Wednesday, September 4. However, after careful review of Hurricane Dorian’s forecasted path, and conversations with port officials in Florida, it does not seem likely that Port Canaveral will be available for our return on Wednesday.

Because of this, we will need to further extend this sailing and now expect Disney Dream to return to Port Canaveral on Thursday, September 5.

Based on the current projected path of Hurricane Dorian, we do not anticipate any impact to Disney Dream’s sailing on Friday, September 6, or Disney Fantasy on Saturday, September 7. We expect to know more on Wednesday when the storm is forecasted to pass Florida’s east coast. Given the inherent unpredictability of tropical storms and hurricanes, we’re continuing to closely monitor the path of Hurricane Dorian and will provide updates as necessary.

Disney Cruise Line also shared an update to the conditions of Castaway Cay, Disney’s private island in the Bahamas. While Disney had previously stated that some of the crew had remained on the island to wait out Hurricane Dorian, the company informed the public that the crew was safe. Now, Disney has shared that the island needs to be cleaned and surveyed before it reopens to guests.

All is well at Castaway Cay. Due to the tropical storm conditions the island experienced, we have some cleaning up to do related to landscaping and will need to make minor repairs to the roof of one small covered pavilion area. We are awaiting the arrival of survey equipment to evaluate the pier and ship channel, as is required after any storm, before we are able to reopen Castaway Cay to guests.

As always, Disney Cruise Line is continuing to monitor Hurricane Dorian and its effects. Our team at Inside the Magic will continue providing you with updates to how the weather could impact your Disney Cruise Line or Walt Disney World vacation.