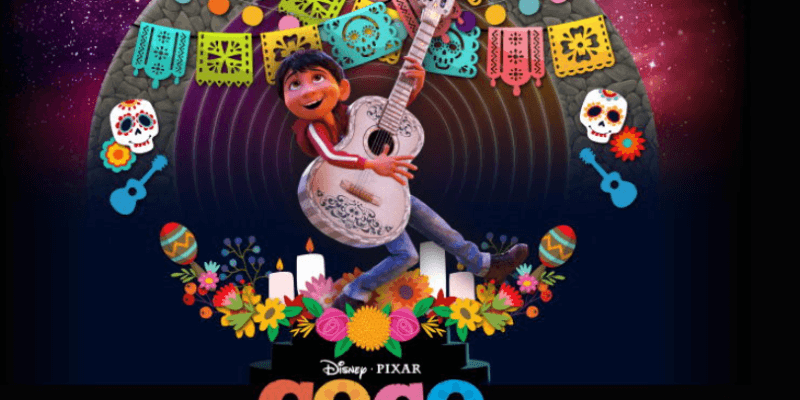 “Coco” is coming back to Hollywood! Disney and Pixar’s Oscar-winning film is returning to the big screen in a whole new way. Fans can see “Coco” in a live-to-film concert experience at the Hollywood Bowl in celebration of Dia de los Muertos.

Disney and Pixar’s “Coco” at the historic Hollywood Bowl will bring to life the beloved Oscar-winning film with a live orchestra and digital projections that fans of all ages will enjoy. The event takes place on only two select dates this fall, November 8 and 9, so if you’re a fan of the original movie and you want to be sure you have a chance to see this live performance, you won’t want to miss out on getting tickets.

This is the first time “Coco” has ever been brought to life onstage in a live performance like this! The event will feature a star-studded lineup of guests including Benjamin Bratt, Eva Longoria, Carlos Riviera, Miguel, Alanna Ubach, Alex Gonzales, Jaime Camil, Lele Pons, Rody Mancuso, and Natalia Jimenez. These guests will appear onstage throughout the evening during the film as a live orchestra is led by conductor Sarah Hicks.

“I’m very excited to join this incredible group of exceptional talent, in the city that I’m from, to bring this very special movie and message to life,” said musician Miguel. “The idea of celebrating our ancestors is very dear to my heart, especially after the passing of my grandparents.”

Those who are fans of the Dia de los Muertos celebrations at Disneyland Resort will be excited to know that the Mariachi Divas, who often perform at Disney California Adventure, will be at the event to entertain the audience with their traditional music throughout the night. And fans of “Coco” will be happy to know that their favorite, award-winning songs will be performed live by the orchestra and special guests, as well.

“Coco is my heart, it means everything to me. It’s ancestors, family, music, love, culture, traditions, dreams, and passion. ‘Coco’ is everything that inspires, connects, and makes the world a better place. It’s a unique film,” said Alex Gonzalez. “The Hollywood Bowl is a very special place where we can celebrate and share our love and appreciation for music and ‘Coco’! It’s a huge honor and privilege to be a part of this beautiful performance at the Hollywood Bowl. I am so excited, can’t wait!”

The Hollywood Bowl also encourages costumes guests to wear costumes inspired by Dia de los Muertos to celebrate the film and the occasion.

If you’re interested in attending “Coco” live in concert, you can visit the official Hollywood Bowl website for more details and to purchase tickets.

Are you excited for this musical celebration of “Coco” to hit the stage this fall? Let us know in the comments!