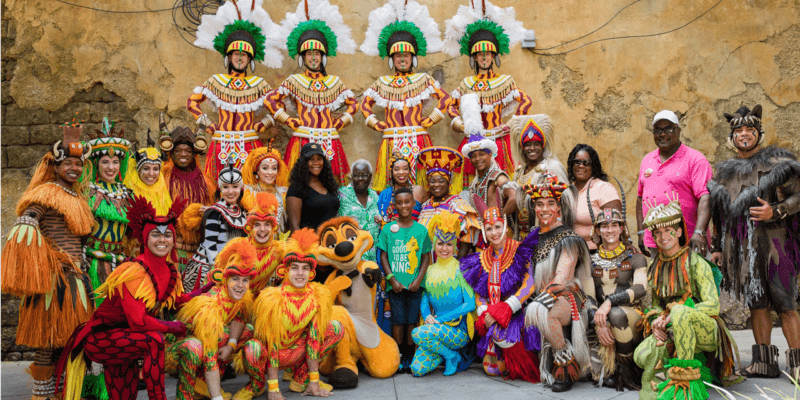 Earlier this month, Inside the Magic brought you the story of Jermaine Ball, the 7-year-old boy who donated his Disney trip savings to those affected by Hurricane Dorian.

Jermaine worked hard to save his money and had planned to use it during a trip with his family to Disney’s Animal Kingdom, but when he learned about those who’d been affected by Hurricane Dorian, he decided to donate his money to help those in need.

After millions were moved by the story of Jermaine’s selflessness, Mickey Mouse himself showed up at Jermaine’s birthday party to extend to him a personal invitation to Walt Disney World.

Jermaine got to accept that invitation over the weekend as Disney rolled out the red carpet for the unselfish 7-year-old and his family. Not only did Jermaine get to visit Animal Kingdom; he and his family got to visit all four Disney World theme parks.

They were also (tricked and) treated to Mickey’s Not-So-Scary Halloween Party at Magic Kingdom.

Jermaine especially enjoyed visiting Disney’s Animal Kingdom where he got to enjoy the Kilimanjaro Safaris attraction, a private tour lead by Disney Animal Programs, the “Festival of the Lion King” show and the “Rivers of Light” nighttime spectacular. One of the highlights of his visit to Animal Kingdom was getting to meet the cast of “Festival of the Lion King” at a private meet-and-greet.

Jermaine’s mom Lauren Creech says she wasn’t surprised by her son’s generosity. But she was surprised by the reaction to it.

She said that a few people even recognized Jermaine while they were in the parks.

“There’s no way we could’ve known that something as simple as him being generous would’ve blown up and affected so many people,” Ms. Creech said.

What do you think about Jermaine’s selflessness? Does it make you smile to know that someone so young could make such a difference in the lives of others?