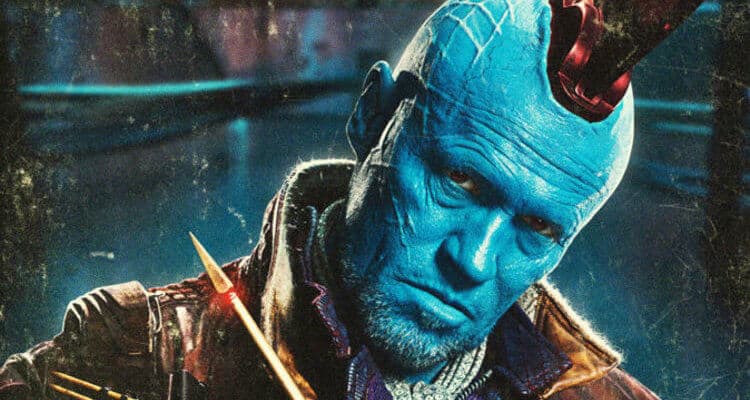 Okay, so he may not be Mary Poppins exactly, but he’s arguably just as fun and enjoyable to watch on the big screen! Yondu, one of our favorite characters from “Guardians of the Galaxy,” is coming back from the dead and starring in his own comic series.

Many fans will remember Yondu as the hilarious adoptive father to Peter Quill, a.k.a. Starlord in “Guardians of the Galaxy.” Over the course of the two “Guardians” films, Yondu develops as a character and became one of our favorites to watch on screen. Now, he’s getting his own Marvel Comics series, which will let fans look more closely into the complex life of the Ravager.

“Yondu is such a unique character because so many readers know him from the Guardians of the Galaxy films, and yet his story is almost completely undefined in the comics,” said Lonnie Nadler, who is teaming up with Zac Thompson to write the series. “He’s a blank slate. We took this as a golden opportunity to simultaneously show readers who Yondu is at his core, while also exploring the criminal underbelly of the greater Marvel cosmos.”

While the series is for Marvel Comics and not television, we’re hopeful that we could see a show developed in the future. Both Nadler and Thompson shared that they want to use Yondu to redefine what they are capable of as Marvel Comics writers. And with their creativity behind the new comics, we wouldn’t be surprised if Marvel Studios decided to give Yondu his own T.V. treatment in the future.

Here’s the synopsis for the all-new comics following Yondu:

Yondu, lone Ravager and all-around scoundrel is about to hit the biggest pay day of his life when he stumbles upon a dangerous new weapon! But when this artefact turns out to be deadlier than he bargained for, will the reward outweigh the risk as Yondu finds himself targeted by a mysterious mercenary? Plus, when an unexpected visitor from the future turns up to stop Yondu, it begs the question: exactly how bad did he screw up?!

We’re excited to read even more about Yondu, especially since he’s one of our favorite “Guardians of the Galaxy” characters. But we have to admit it would be pretty awesome if these comics were turned into a show or film. Hey Marvel Studios, how about you bring back Michael Rooker as Yondu? That’s something we’d surely watch!

What do you think of the new Yondu comics series from Marvel? Let us know in the comments!