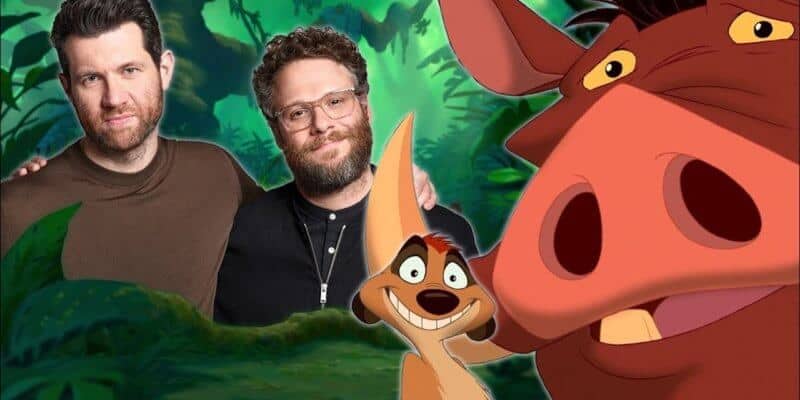 With another live-action remake under their belts, Disney continues to push forward with new adaptations of their classic animated tales, much to the amusement of the general public. And it shows, with over $400 million in ticket sales. “The Lion King”, Disney’s latest feature, is dominating the box office as adults in their 30s and 40s return to the beloved classic now packed with a famous cast, hyper-realistic visuals, and a fresh take on the iconic soundtrack like a new song from Beyonce.

With any new famous cast comes a lot of criticism and debate over whether they did a good job embodying the beloved characters or if their performances fell flat on their face and completely missed the mark. While both critics and audiences seem to teeter on the line between loving the fresh takes and missing the classic voices, we decided to take it upon ourselves to mix things up a bit and see what would happen if we injected the new soundtrack into the classic animation.

Originally cast with Nathan Lane and Ernie Sabella, Timon & Pumbaa dynamic was the humorous backbone of Simba’s transformative journey. So how do two new actors tackling these beloved characters play out? The casting team clearly chose another comedic duo with unique voices and larger than life personalities, but is that what the characters need? Does the dynamic between Seth Rogen & Billy Eichner play outside of the new film? To figure this out, we are going to need to experiment.

This, of course, is WAY easier said than done. Almost every song and musical number, while a shot for shot remake, naturally begins to take on its own life. This is particularly the case with the new cast doing bits of improv or as the plot is reworked to be more realistic and grounded. The timing is just naturally different in some spaces because of the new medium the story is being told in. If you want to get a warthog from point A to point B in a cartoon, just add a bit of exaggerated blur and you can quickly shoot him across the scene. If you want to get a REAL warthog from point A to point B, you’re gonna have to make him walk it, at a real and natural pace. This is fine for something original, but matching up a real-life adaption’s soundtrack to an exaggerated cartoon’s is tricky.

For this experiment, we settled on the first half of Hakuna Matata, where young Simba and the gang head to the lush tropics from the neighboring desolate wasteland. Even in this short segment, massive portions of the song and dialogue were reworked to fit the new narrative. But after a bit of stretching, looping, rewinding, flipping and cutting, we made it work, and the results are rather interesting.

So let us know how you feel hearing the voices of the new cast paired up with the classic animation. Was it just the live-action that caused it to miss the mark? Do these voices match up with the classic cartoons? What would the new film feel like if all the original voice actors reprising their roles? These are questions we may never have the answer to, but for now, we can check out this clip and get a pretty solid feel for it.