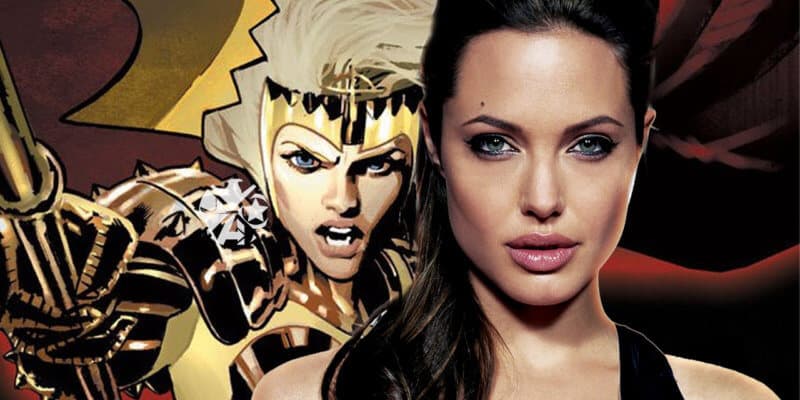 Marvel fans aren’t the only ones excited for Angelina Jolie to join the cast of “The Eternals.” The actress recently shared that her kids are happy about it, too!

One of the most anticipated upcoming films in the Marvel Cinematic Universe, “The Eternals” has an absolutely star-studded cast, and Angelina Jolie is among one of the stars fans are most eager to see take on a super hero role. In a recent interview with People, the actress said that her six children are very enthusiastic about her playing an MCU character.

In the upcoming film, Jolie will take on the role of Thena, a superhuman who has superhuman strength, speed, stamina, durability, agility, and reflexes. She has been dedicated to training for the role, learning swords, ballet, and everything in between in order to get it right for not only herself and her team but the fans of the Marvel Cinematic Universe and the comics, as well.

“She’s a warrior,” Jolie said to People. “I’m going to have to work very hard to give the Marvel Cinematic Universe the Thena they deserve.”

“The Eternals,” which is set to hit theaters on November 6, 2020, also stars Salma Hayak as Ajak, Richard Madden as Ikaris, Kumail Nanjiani as Kingo, Lauren Ridloff as Makkari, Brian Tyree Henry as Phastos, Lia McHugh as Sprite, and Don Lee as Gilgamesh, with Chloe Zhao directing and Matthew and Ryan Firpo writing the script.

As fans of the Marvel Cinematic Universe, we’re definitely excited for some of Hollywood’s biggest stars to join the Marvel super hero lineup and create what seems will be a spectacular film. Marvel has yet to announce much more information about “The Eternals,” than we have already reported, but as more news breaks we’ll be sure to fill you in. For now, we’ll be getting pumped for the Marvel secrets we hope will be revealed at D23.

What do you think of Angelina Jolie taking on the role of Thena in “The Eternals”? Let us know in the comments!