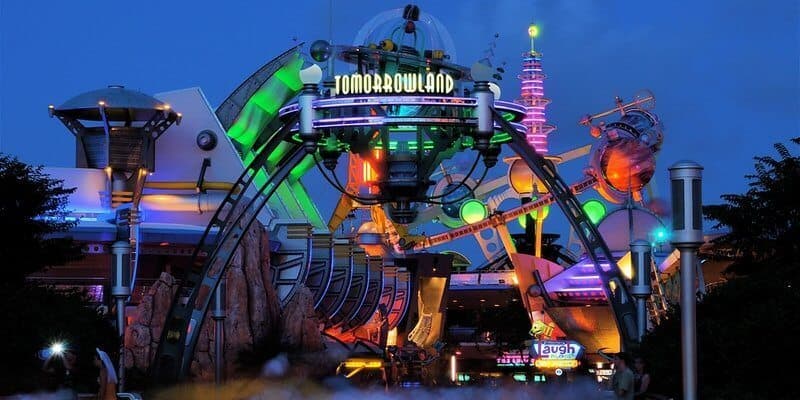 Last week, we reported that Walt Disney World’s Magic Kingdom had removed its Tomorrowland sign from the futuristic land’s entrance. Today, it’s been confirmed by Disney that the sign will be returning to the park after all.

The entrance to Tomorrowland was first spotted without a sign on Tuesday, July 8, and it appeared as though the sign had been removed overnight the night before. Upon its removal from the park, many guests and Disney fans were left wondering what could possibly be going on with the iconic sign as it’s been a landmark in Tomorrowland for many years. However, according to a Disney spokesperson, all is okay and the sign should be returning in the near future!

A Walt Disney World spokesman told the Orlando Sentinel that the sign is receiving an update and it will return later this summer. And while it’s temporarily gone, the walkway to Tomorrowland will remain open.

On the Disney World app, the company has updated the map of the area with an illustration of an all-new sign. As seen in the image below, the new sign appears to have a rounded shape with similar font for “Tomorrowland.”

The removal of the Tomorrowland entrance sign comes amid speculation of a refurb for the land. During the recent annual meeting of shareholders of The Walt Disney Company, Chairman and CEO Bob Iger shared that the company has been trying to put plans in place for a possible revamp of the beloved area of the theme park. He said that there was nothing solid in the works, but in the years ahead to expect new activity in the area.

Currently, part of the area is under construction as the park is in the process of constructing its own Tron roller coaster. In a construction update last month, it appeared that most of the ride’s track was already up in the air.

Not all parts of the track were completed at the time for the update. However, due to the fact that the ride isn’t supposed to open until 2021, Walt Disney World seems to be ahead of schedule in the construction of the ride.

Are you relieved to hear that the Tomorrowland sign will be returning to Magic Kingdom later this summer? Let us know in the comments below!