Confirming rumors of what many believe to be a leaked hint of the paranormal problem solver’s return, Universal announced today that the boys in brown are back! The last time the ghost gathering gurus graced the park as a major attraction was 1996; characters remained for another nine years.

And just like that, the eighties ARE back, again. First, Stranger Things (set in 1984-85) and now the 1984 blockbuster GHOSTBUSTERS joins the fearsome fun. With a third Ghostbusters film now in the works, it will be exciting to see the boys, slimmer and a horde full-bodied apparitions materialize at this year’s event!

Appearing at both Universal Orlando Resort and Universal Studios Hollywood starting in September guests will enjoy seeing this 1984 movie classic come to life. Within the maze you will follow Peter, Ray, Egon and Winston through recreated scenes from the movie. Universal Studios has announced the firehouse, New York Public Library and the Temple of Gozer scenes will be included. With ghoulish spirits and “ectoplasm-dripping phantasms” coming at you from every corner.

Of course what ghostbusters story would be complete without the Stay Puft Marshmallow Man? Worry not, before the maze is complete you will come face-to-face with this ultimate destructor.

The film spawned a hit music video, mountains of merchandise and a 1989 Sequel.  Video games and animated series soon followed. “Ghostbusters” saw a reboot, with an all-female team of ghost hunters, in July 2016.  Fans of the franchise rejoiced to learn that a third film, with most of the original cast, is set to arrive next year.

When Universal Studios opened in 1991, the Ghostbusters were there to greet guests. Behind the fire station façade, Pepper’s ghost effects portrayed paranormal pandemonium. Ultimately, our spirit sacking heroes saved the day. However, the attraction, though it underwent an overhaul in 1993, vanished from the park in 1996. Beetlejuice and the Ghostbusters continued to entertain guests for a short time afterward. Even the Ecto1 hung around for a bit before being replaced by ATVs. This all ended in 2005 when Universal did not renew the franchise license. Fans hope for a return of Ghostbusters now the film is relevant again. 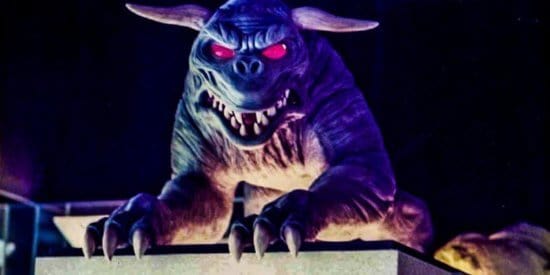 Halloween Horror Nights 2019 debuts on September 6th in Orlando FL and on Friday the 13th of September in Hollywood California.  Stay tuned to ITM for more on this year’s premier Halloween event at it is revealed.