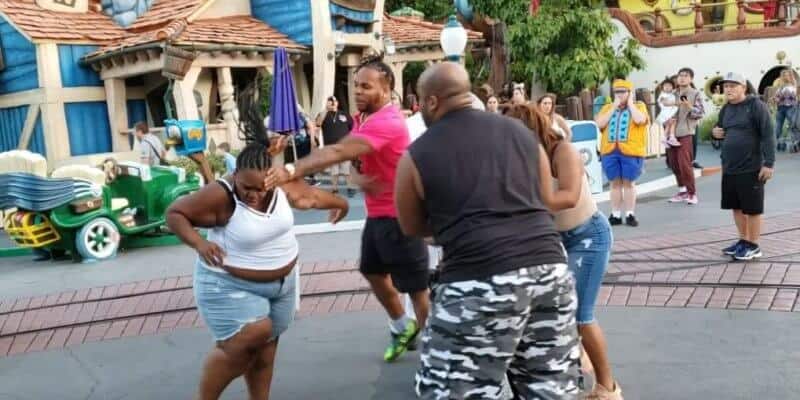 Three adults that took part in the Disneyland brawl that happened earlier this month are facing multiple felony charges and misdemeanors.

Robinson is facing one felony count of domestic battery with corporal injury, and one felony count of assault with force likely to produce great bodily injury related to the attack on his girlfriend. Robinson is also accused of felony assault with a deadly weapon, two counts of criminal threats, five misdemeanor counts of battery and four misdemeanor counts of child abuse and endangerment.

If convicted, Robinson is said to face more than seven years in state prison. He has been booked into Orange County Jail.

Prosecutors say that on the day of the fight, Robinson threatened to kill members of his family as he drove out of the Disneyland parking lot and assaulted an employee with his vehicle after they were escorted out of the park.

If Andrea is convicted, she could face two and a half years.