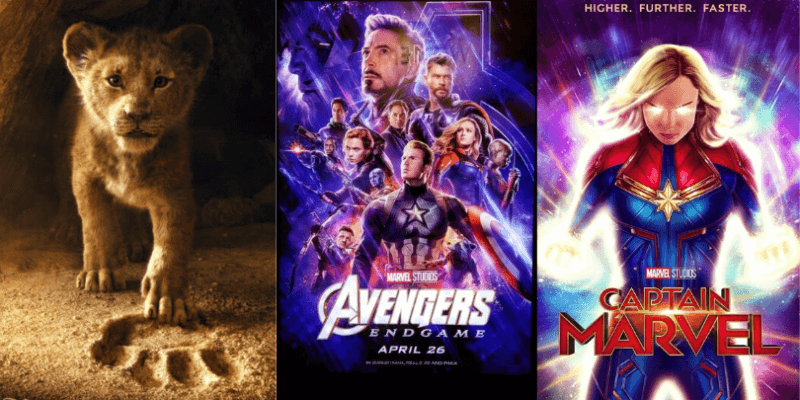 The Walt Disney Company announced on Sunday that it has brought in an industry record of $7.67 billion in 2019 alone, but this isn’t the first time the company broke the record for the highest-grossing year for a single studio. Disney previously broke the record back in 2016 with a year that made the company $7.61 billion. However, Disney still has films that are all but guaranteed to be successful and have yet to premiere this year (“Frozen 2” and “Star Wars: The Rise of Skywalker,” two of the year’s most hyped films, are set to hit theaters this fall). Knowing how excited fans of all ages are for the sequel to “Frozen” and the third film in the current “Star Wars” trilogy, it’s safe to say that 2019 will be even bigger for Disney than it already has been.

But even though the latest Pixar film and a few of Disney’s remakes have stolen our hearts this year (who didn’t love “Toy Story 4” and “Aladdin”?), it’s clear that Marvel Studios has dominated the box office, and Disney is raking in the benefits. “Avengers: Endgame” just surpassed “Avatar” to become the highest-grossing film of all time, and “Captain Marvel” and “Spider-Man: Far From Home” each raked in over $1 billion at the box office. Disney’s original content is proving successful, but the company definitely made a wise choice in acquiring Marvel Studios, because the three top films of the year so far are all superhero movies. Still, Disney can take credit for the top five highest-grossing films at the box office this year, and we’re sure that the rest of the Disney movies set to premiere in 2019 will be just as successful, if not more so than some we’ve already seen.

“Disney’s global domination is a reflection of what happens when you have some of the biggest brands in film,” Paul Dergarabedian, senior media analyst at Comscor, said to CNN Business. “Not to mention, the marketing muscle to get that content on the minds of virtually every potential moviegoer around the world on a consistent basis.”

It’s not every year that a film as big as “Avengers: Endgame” breaks records at the box office, but if our senses are correct, the second half of 2019 will still be a big one for Disney.

What do you think of Disney’s box office domination so far this year? Are there any competitors that could give the studio a run for its money? Let us know in the comments!