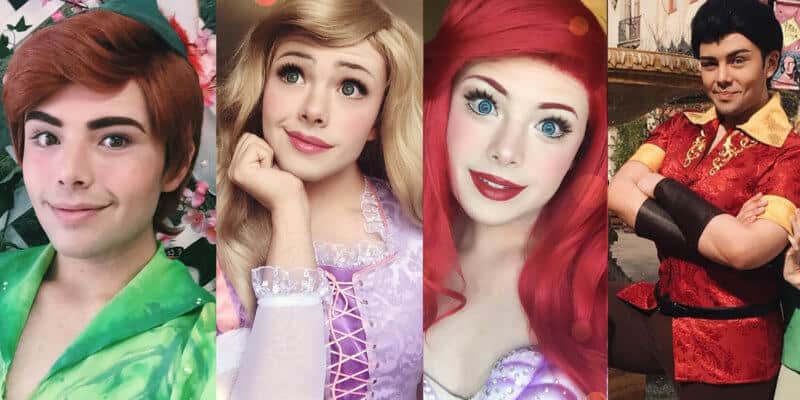 This talented Disney fan let his creativity run wild by transforming himself into all of his favorite Disney characters. And we have to say, the results are truly magical!

Richard Schaefer, a 22-year-old makeup artist known for transforming himself into incredible characters on his Instagram page, took inspiration from some of the Disney company’s most beloved animated films. And in the process, he transformed himself into everyone’s favorite Disney characters, such as Cinderella, Peter Pan, Ariel (“The Little Mermaid”), Elsa (“Frozen”), and many more and the results are out of this world!

All of his creations are done through the use of wigs, dresses and incredible makeup techniques. Below is just a few of some of his incredible Disney-inspired transformations:

It seems Richard was inspired by Queen Elsa’s special powers of creating ice. However, he reimagined it as pizza.

“Maleficent 2” is on its way and it seems Richard is more than prepared for its premiere!

Richard did an amazing job with this Snow White transformation! We wonder if he can do the Seven Dwarfs as well?

The creator really made himself the belle of the ball with this royal and regal look!

In this look, it appears the artist just got back from Neverland.

All Richard is missing from this transformation is Rapunzel’s infamous frying pan!

In this getup, Richard could easily head out to Africa to study gorillas!

It seems this sleeping beauty found their knight in shining armor.

Gaston might be a ruthless and traitorous villain. However, Richard makes him look like a smooth criminal in this transformation.

Richard took a different perspective when it comes to Ursula’s hair in his rendition of the villain from under-the-sea. However, he still looks evil enough to steal Ariel’s voice and brainwash Prince Eric.

The artist is more than ready to journey up from the ocean floor to experience the human world in this look.

Most remember Cinderella in old rags as she was forced to work as a maid for her wicked stepmother. However, Richard was sure to find his Fairy Godmother when prepping this look as he is rocking an enchanting profile in this transformation.

To see more of Richard’s incredible transformations, be sure to check out his official Instagram page @therichardarthur.

What are your thoughts on these incredible transformations by Richard? Let us know in the comments below!