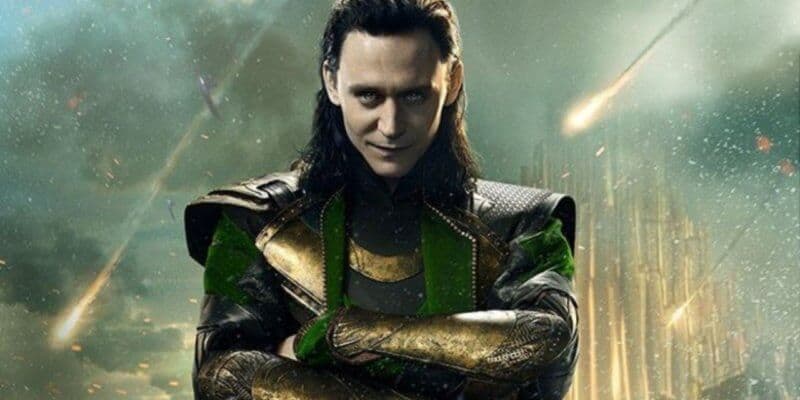 We can’t get enough of Marvel, and it looks like we won’t have to wait long to see some of our favorite characters back in action. Fans everywhere have been longing to know more about the fate of the characters within the Marvel Cinematic Universe ever since “Avengers: Endgame” hit theaters back in April. And now, we finally have a first look at one character’s future: Loki.

Disney announced that Tom Hiddleston would reprise his role as Loki in an all-new series being created for Disney+, Disney’s new streaming service launching this November. We’ve been wanting to know more about the new series since it was announced, but hardly anything has been revealed…until now. Back in April at a Disney investors meeting, Marvel Studios head Kevin Feige revealed a first look at the new “Loki” series, and just this week Disney shared the images from that meeting so fans everywhere could get excited.

In the image above, we can see Feige standing in front of the screens displaying what will be the logo for the upcoming “Loki” series. As ComicBook points out, the logo’s font looks pretty similar to the one used in the “Journey Into Mystery” comics by Kieron Gillen that feature Kid Loki as the protagonist. There have been rumors that the new “Loki” series inspired by those comics, but it’s too soon to know. Under the logo, we can see a shot of Loki walking a busy city street with the film “Jaws” being advertised in the background, which indicates that part of the series will take place when “Jaws” hit theaters in 1975. It was previously rumored that the show would take place during a few different timelines, and this image seems to confirm that.

But we’re also not sure exactly when “Loki” takes place. The Russo brothers revealed what happened to Loki after “Avengers: Endgame,” sharing that Loki created his own timeline (a branched reality) when he teleported away with the Space Stone. If it’s safe to say that Loki was alive and well after the events of “Endgame,” is it possible that some of what we’ll see in the new “Loki” series will take place after “Endgame”? It’s too soon to tell, but we can’t wait to find out.

We’re not sure when “Loki” will make its debut on Disney+, but we’ll keep you posted.

Are you excited to watch the new “Loki” series? Let us know in the comments!